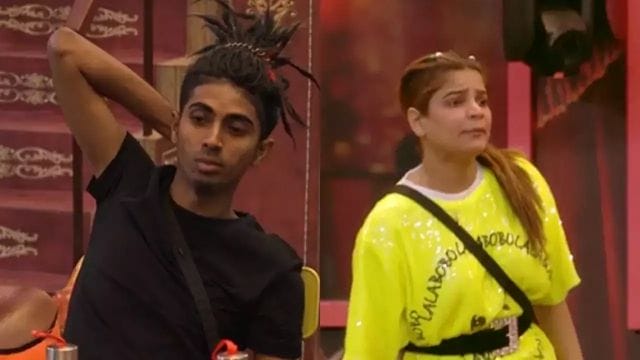 Archana Gautam and MC Stan, both of whom were in Bigg Boss 16, got into a heated argument inside the house. Tuesday, ColorsTV put up a short clip of the two yelling at each other on Instagram. At the beginning of the video, Archana yelled at MC Stan, “Kab tak janta ki khayraat mein rahega yaha pe? Janta aese ghatiya logo ko pasand nahi karti. Iske saare fans ko main bolna chahti hun isne jharu nahi lagayi bhaiyya. (How long will you stay here on the charity of the viewers? People don’t like people who are so cheap. I want all his fans to know that he hasn’t cleaned the house.”

An angry MC Stan asked, “Tere baap ka naukar hai kya (Am I your father’s servant)?” Archana said, “My father is Bigg Boss, and you are his servant, right?” He said something about Archana’s mother and asked, “Tera baap hai Bigg Boss?” (Bigg Boss is your father?)

He was yelled at by Archana, “Sharam nahi aarahi Bigg Boss ke baare mein aesa bol raha hai? Teri ma hai ya nahi hai? Kaamchor. Bakwas mat kar. Jiske ghar pe rozi roti kha raha hai usi ko bol raha hai aesa (Aren’t you embarrassed by the way you talk about Bigg Boss? Have you got a mom or not? Lazy. Don’t speak nonsense. You’re talking about someone who helps you make a living.” MC Stan kept calling her a “shemdi,” which means “a girl with a runny nose.”

Archana responded, “Tu ghatiya tha, ghatiya hai aur ghatiya rahega. Jo dusre ki maa ki respect nahi karsakta woh ghatiya hai. Tere jaese ghatiya logo ko Salman Khan sir dekhenge. Phut yaha se (You were, are, and always will be poor. Cheap people can’t respect the mother of someone else. He will take care of someone as cheap as you. Leave). At the end of the video, MC Stan asked Archana again, “Is this your father’s house?