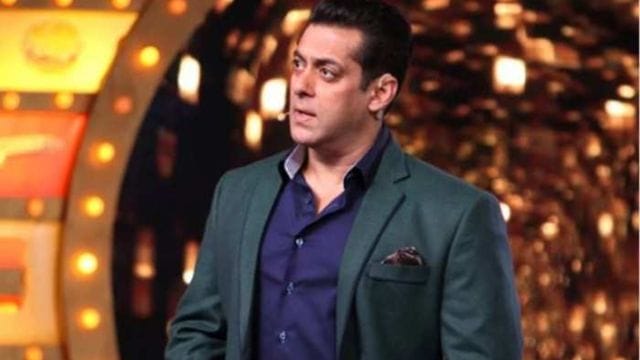 No one can be ready for Salman Khan’s “Weekend Ka Vaar,” which drops truth bombs on COLORS’ “Bigg Boss 16,” but the housemates do a fun task to get ready. In an interesting task, “Bigg Boss” tells the housemates to spray foam on the faces of the people whose personalities haven’t come out yet, even though they’ve been in the house for almost ten weeks.

It will be interesting to find out who has hidden who they really are in order to play the game. Fans of the show will be able to figure out who foams who, but there are a few names that will surprise you.

Soon after, the housemates started getting ready for the “vaar,” and that’s when Shalin cut in on a conversation between Sreejita De and Priyanka Chahar Choudhary. Sreejita told Shalin to shut up, and Priyanka told him to shut up in a very serious way. Shalin asks her about her rude behavior, and she teases him by saying she doesn’t throw things around like he does when she’s mad, and she’s not afraid of him.

When Shalin gets angry, he talks badly about Priyanka in front of his best friend Tina Datta. Tina Datta tells him that his anger problems hurt his friendships. It will be interesting to see how far Shalin gets in the game, given how aggressive he is and how iffy his friends are.

After all of this drama and tension, Salman Khan tells the truth about Shalin and Tina’s relationship, which has been talked about a lot. Even after 10 weeks, it’s still not clear if Shalin and Tina like each other or if they’re just acting for the cameras. Salman, who isn’t shy about saying what he thinks, asks Tina what game she’s playing and with whom.

Tina made it clear that she has always said she and Shalin can’t be together, so Salman asked her about how close she was dancing with Shalin right after they had a big fight on New Year’s Eve. He notices that when Tina is weak, she goes to Shalin, and when she is strong, she breaks out of the fake equation with him.

He promises that their fling won’t last, and he tells Tina to take responsibility for the game she’s playing. As soon as the reality check hit, Shalin asked Salman not to be too hard on Tina, and the host revealed that he wanted to be the hero to get brownie points.

The next person to get the “vaar” is Archana Gautam, who gets a hard time for not taking the advice she was given over and over again. Salman tells her that her muddas are correct, but she can’t say them that way. The host tells her not to think that her rudeness is because she is honest.

Before Salman breaks down the big fight between Archana and MC Stan, the rapper admits to and apologizes for all of his mistakes. Keep an eye out for what happens after this violent “vaar.”

Since Last October, Jio True 5g Has Been Available in 72 Cities and Towns: Here You Can See the City Names!!