Bigg Boss 16: The preview for the next episode shows that Sajid Khan is sad about leaving the house. After Abdu Rozik left the show, people who watched it said that this was bound to happen. 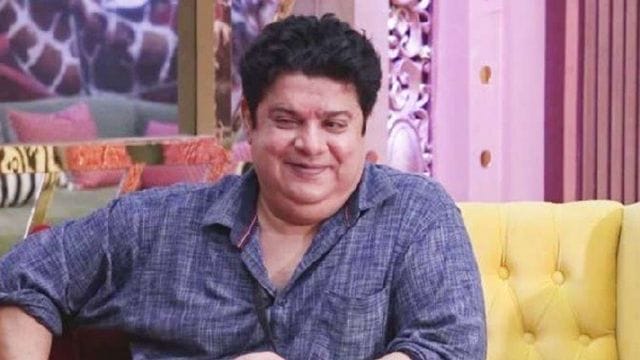 After Abdu Rozik, it looks like Sajid Khan has also left the Bigg Boss 16 house. A preview for the next episode of the show was posted online, and it showed Bigg Boss saying that he was leaving while he listened to this message with tears in his eyes. When they hear the news, several of his roommates, including Sumbul Touqeer Khan, can be seen crying.

In the promo, Bigg Boss talks about how Sajid Khan made the hard choice to come on the show to reconnect with his fans and how he was the only person in the house who everyone respected. Bigg Boss also said that the filmmaker will tell many stories, including the story of Bigg Boss 16.

In his farewell speech, Sajid clasps his hands together and says, with tears in his eyes, “jo jo mere kisi se bhi jhagde ho, haath jorke mafi mangta hu. Lekin aap logo ka bahut support raha  (I fold my hands to apologise to everyone I fought with. But you people gave me a lot of help.)

On social media, people had a variety of thoughts about Sajid’s leaving. Many people asked Bigg Boss why he gave Sajid such a special send-off and why he didn’t do the same for Abdu. However, many people also praised Sajid’s game, even though he had a bad reputation because of the many complaints of molestation against him.

One person who saw the promo said, “Sajid played well. The public didn’t like him because of how his job made him look. He was a good player, and Shiv wasn’t as good as him. Another person said, “It’s true that none of Abdu’s people are on that show. He had no place in the show without Abdu, so this was bound to happen. Because of him, he could be seen.

A comment also made it sound like Sajid’s time on the channel was up. It said, “Everything is planned. Koi votes toh Mila nahi. But elimination hoga toh bejati ho jayega. Contract was also until January 12th. (He didn’t get any votes, and getting rid of him would have been a slap in the face.)

A viewer also said, “Why are you giving him so much attention? He doesn’t deserve it. When I saw his real face in the BB house, I started to hate him.” Someone else said, “Good riddance,” when he left.

Abdu Rozik was seen coming to Maniesh Paul’s podcast on Saturday. From the sunroof of his car, he was seen waving to his fans. He left the show voluntarily not long ago.

Whatsapp New Features Are Coming: Status Report, Save Disappearing Messages and Many More!