Bigg Boss 16: Is Priyanka Chahar Choudhary Serve as Captain for the First Time? 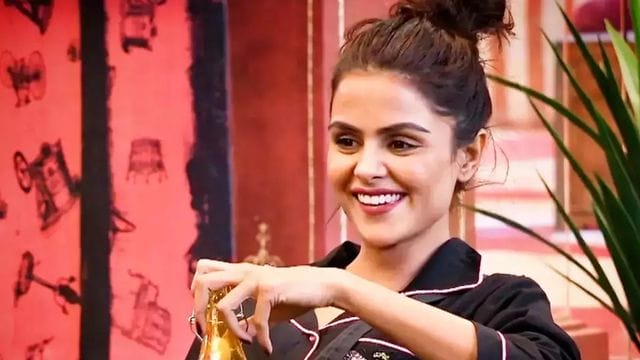 After ringing in 2023 with fireworks and parties, the cast of COLORS’ “Bigg Boss 16” is back with renewed zeal as MC Stan, Nimrit Kaur Ahluwalia, Abdu Rozik, and Priyanka Chahar Choudhary compete for the role of house captain. Non-contenders are responsible for catching balls that fall from three slides set up in the garden area and depositing them in baskets allotted to the contestants. The player casts a vote for their preferred candidate by rolling a ball in their direction.

Fights break out as the competitors’ competitive spirits rise to meet the high stakes of the task. The most prominent argument is between Sajid Khan, the task’s sanchalak, and Priyanka Chahar Choudhary, one of the contestants, over the criteria for elimination.

Priyanka claims Sajid Khan makes arbitrary decisions and begs him not to cheat on the task. Sajid defends himself by claiming that as the sanchalak, he has every right to do whatever he wants. The master of the house appears to have the final say and the last laugh. It will be interesting to see if Priyanka wins the task because she has yet to win captaincy this season.

Priyanka and Nimrit, two people on Bigg Boss 16, get into a fight in the kitchen. The whole thing starts when the first person says she doesn’t like daal, a dish that was made for her, and suggests that housemates should be asked what they like to eat before food is made. Just this little bit is enough to make Nimrit angry. He says that Priyanka should have said what she wanted before the food was made.

After that, there’s a heated argument that’s no longer about food. Tina Datta and Archana get into another fight in the kitchen when Archana jokes that Tina was busy making out with Shalin. Tina is angry about this, so she says that Archana is cheap and has the wrong ideas. If this fight makes it to “Weekend Ka Vaar,” Salman Khan, the host of “Dabangg,” will have a lot to say about it.

There are more fights in the Bigg Boss 16 house than just this one. Archana is mad at MC Stan for not doing his share of chores, so she tries to shame and out him. Soon, they start making fun of each other’s parents when they talk about them. Archana has a good comeback when she says that someone who doesn’t respect their mother is cheap. It will be interesting to see what the rapper has to say to her in his own style.