Bigg Boss 16: Is Nimrit Kaur Ahluwalia Madly in Love With Shiv Thakare? Is It True? Watch the Promo!! 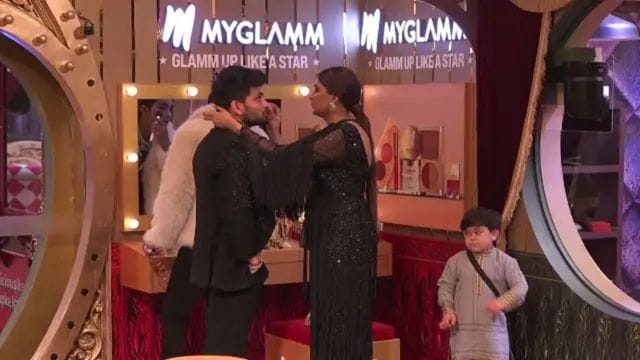 Since the makers of Salman Khan’s reality show posted a new ad, Nimrit Kaur Ahluwalia and Shiv Thakare have been trending on Twitter. What do you think? Fans have been wondering what the two are up to after seeing them have a nice moment in the viral video.

Colors’ official Twitter handle published a trailer on Sunday (January 8), in which Nimrit Kaur Ahluwalia addressed Shiv Thakare about their friendship inside the Bigg Boss 16 house.

Nimrit and Shiv talked about the problems that had arisen in their friendship recently. Shiv alleged that, unlike him, Nimit never comes to him when he is furious and attempts to calm him down. He went on to say that he constantly tries to cheer her up when she’s down, but she never does the same for him.

“Main kisi se unfiltered joori hu, toh vo tu hain, toh vo tu hain. If main tujhpe haq jamati hu, kyu nahi karta? (You are the person with whom I have linked without any filter. If I can assert my rights over you, why don’t you?),” the Choti Sarrdaarni actress told Shiv.

Shiv said to Nimrit, “Mujhe Nimrit sachi and emotional girl lagti hai. Main gussa karta hu, main gussa rehne deti hai. Tu gussa karti hain, toh main rehne nahi deta hu (I consider Nimrit to be a wise and emotional young lady. You never come to me when I’m angry. However, I guarantee that you will never be angry with me).”

Fans responded to the tweet by inquiring if Nimrit is in love with Shiv. According to one user, “Priyankit existed before Big Brother 16 as an udariyan couple. Shiv and Nimrith are two distinct characters, but the audience grew fond of their unbreakable friendship. They might have played the love angle earlier, but now that they’re growing closer, it’s the reality.”

While Nimrit Kaur Ahluwalia’s father will enter Bigg Boss 16, Shiv Thakare’s Aai will appear as a special guest. Nimrit’s father lambasted Priyanka Choudhary yesterday, calling her “insecure” about his daughter and claimed that trolls were recruited to target her following her appearance on the reality show.

Sidharth Malhotra Avoids the Subject When Asked About His Marriage to Kiara Advani and Dances at a Wedding in Delhi. Watch the Video!!