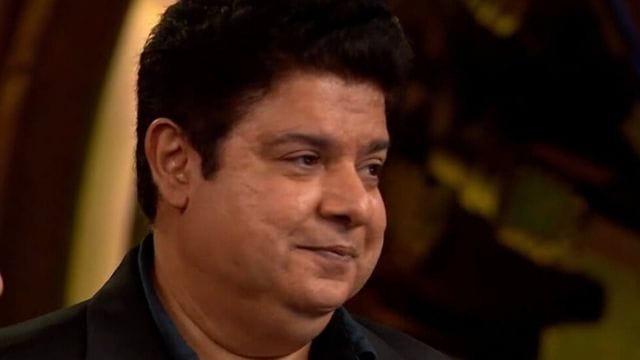 Even though the Bigg Boss 16 finale is coming up in a little more than a month, the show is still giving fans a lot to look forward to. In the last episode, the contestants did the nomination task. Sajid Khan worked hard to save his friends during this task. He said that because he is well-known on TV, he is loved and will get a lot of votes. On social media, Salman Khan’s former contestants called him out for being too sure of himself.

Vishal Kotian said on Twitter that Sajid is at the bottom when it comes to how people are voting. He also gave hints that the producers had been keeping him alive for weeks by not getting rid of anyone else.

“#SajidKhan wants everyone to help save #SumbulTouqeer and thinks he won’t leave. Voting trends show that SUMBUL is in first place and SAJID is in last place, below even Sreejita Kutta palo, Billi palo, and GALATFAIMI mat palo. The Bigg Boss 15 contestant tweeted, “Only no elimination can save him like every time #Biggboss16. @ColorsTV.”

#SajidKhan is a big nasty cheater
Now, will #BB16 tell him off??

Andy was a housemate in Season 7, and he now reviews the show as a VJ. He also wrote in a tweet that Bigg Boss would try to save Sajid Khan again now that he had been nominated. “#SajidKhan’s finally nomination mein aagaye! ab yeh dhekna hai kaise #BiggBoss16 phirse bachane ke bahana dhooind the hain! It’s time to EvVICT SAJID KHAN,” he wrote.

Before he was kicked off Bigg Boss 16, Vikkas Manaktala said that he thinks the show’s creators are biassed against a few contestants, including Sajid Khan. He said this about Archana Gautam’s behaviour on the show: “Archana’s behaviour has a very bad taste.

Because of how she swears and treats other people, I think she is an ugly person. I don’t want to spend another second with someone like her. She is still on the show because Bigg Boss is biassed toward her and a few other contestants, like Sajid Ji (Khan) and Shiv Thakare.

The fact that Sajid Khan is in Bigg Boss 16 has gotten a lot of bad feedback from viewers. During the #MeToo movement, a number of women, including actors and journalists, said that the director of Baby had abused them. Even though it was a big deal that he was on India’s biggest reality show, FWICE has come out in support of him, saying that after a year ban, he deserves to be able to work again.