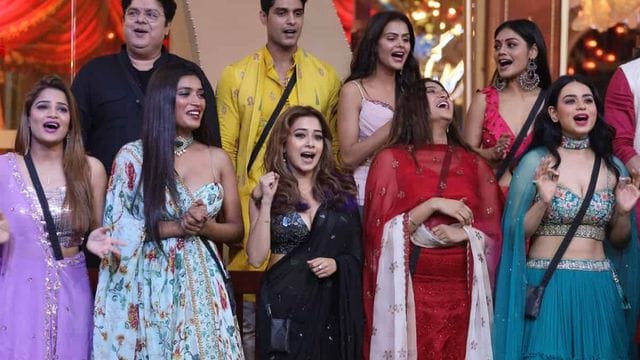 Looking for some thrilling news to tide you over till Bigg Boss’s next season? You need to look no further! We have produced a list of this year’s contestants so that you can get to know them better! Here is the whole roster of Bigg Boss participants for the forthcoming season of the show.

Numerous news articles have mentioned the upcoming premiere of the show in October/November of this year. A new season of Bigg Boss is now in the works. BB16 Participants List 2022 Photos, Names, Host, Winner, BB16 Participants List, and all the details are presented on this page, so be sure to read the entire page to gain a comprehensive understanding of the Contestants.

Abdu Rozik gained popularity in India after he shared a video of himself performing Arijit Singh’s “Enna Sona” in 2021. He also participated in IIFA 2022. Abdu Rozik was also invited to India to attend the wedding reception of AR Rahman’s daughter Khatija Rahman.

Sajid Khan was born in Bombay, Maharashtra. His parents, Kamran Khan and Menaka Khan were both actors. Farah Khan, one of his sisters, is a choreographer, director, producer, and actor. Shirish Kunder, who is also a film producer, editor, and director, is married to Farah.

Khan has other ties to the movie business. Honey Irani and Daisy Irani, both former actresses, are sisters of his mother. Farhan Akhtar and Zoya Akhtar, both filmmakers, are his mother’s cousins.

Ankit Gupta is an Indian TV actor best known for his roles as Parth Kashyap in Sadda Haq, Garv Priyom Thakur in Begusarai, and Fateh Singh Virk in Udaariyaan, which was his first big role.

Priyanka Chahar is a model and actor who is 26 years old. She had parts in TV shows like Yeh Hai Chahetein, Parineeti, and a few others. But her role as Tejo Sandhu on the new show Udaariyan made her famous.

MC Stan is one of the youngest singers, rappers, music producers, and writers from India. He is a famous person in India. Altaf Shaikh is his real name. At age 20. Stan likes the music of Eminem and Tupac Shakur the most. Stan is popular and active on both Instagram and youtube. His old account was hacked, so he only has about 286 followers on Instagram and 1.02 million subscribers on youtube.

Archana Gautam is an Indian actress, model, and beauty pageant winner. In 2018, she won the Miss Bikini India title and went on to represent India at Miss Cosmos World, where she won the Most Talent award. Archana Gautam went to IIMT, Meerut, and got a bachelor’s degree in Journalism and Mass Communication.

Shiv Thakare is an Indian actor who works on reality TV. He took part in MTV Roadies Rising in 2017. In 2019, he also won Bigg Boss Marathi 2 and The Anti-Social Network, both of which he took part in.

Shalin Bhanot is an actor from India. He is well-known for playing Keshav in the TV show Naagin on Zee TV. In 2004, he was on the MTV Roadies show.

Gautam Vig is an Indian actor who works on TV and in movies. He has worked on shows like Pinjara Khubsurti Ka, Tantra, Naamkarann, and Ishq Subhan Allah. He started out as a model, and since 2016, he has been working in the TV industry.

Tina Datta is a movie star from India. She is best known for her roles as Ichcha and Meethi in the popular TV soap opera Uttaran, which airs on Colors TV. She was on the stunt-based reality show Fear Factor: Khatron Ke Khiladi 7, as well as the mythology-based show Shani and the supernatural horror show Daayan.

Indian actress and model Sreejita De played Mukta in Colors TV’s Uttaran, which is one of the longest-running TV shows in India, and Dilruba in Star Plus’s Nazar.

Manya Singh is an Indian model and beauty queen. She became well-known when she came in second place at the VLCC Femina Miss India 2020 contest. In 2021, Manya Singh will be 19 years old.

Nimrit Ahluwalia is an Indian model and actress who is also known as Nimrit Kaur Ahluwalia. In 2018, she finished in the top 12 at Femina Miss India. She was named 2018’s Femina Miss Manipur. She began her career in show business by working on music videos.

Sumbul Touqeer Khan is a contestant on Bigg Boss 16, which Salman Khan hosts. Sumbul is known for his role as Imlie on the show Star Plus. People like her because of how well she worked with Fahmaan Khan, who was also on the show.

Indian actress and model Soundarya Sharma works in Hindi films. She grew up in a New Delhi family of brahmins. Soundarya got her Bachelor of Dental Studies while she was growing up, and then she did her residency in a couple of hospitals in Delhi. During this time, she got the auditions that led her to the city of Mumbai. Once she got to the city, she decided she wanted to be an actress for a living.