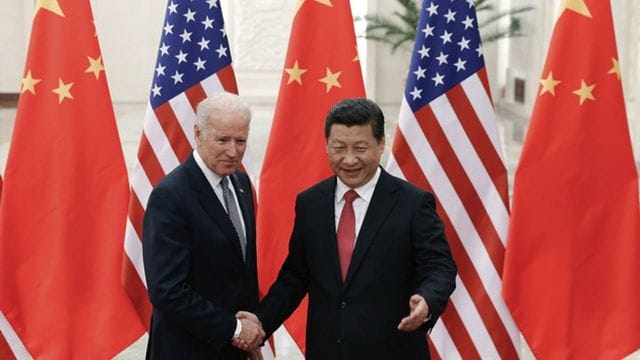 Joe Biden has stated that he informed Xi Jinping that China has an obligation to attempt to talk North Korea out of conducting a seventh nuclear test, while the US president has stated that it is uncertain whether Beijing has the power to do so.

On Monday, before of the G20 summit in Bali, Biden met Xi for more than three hours, their first face-to-face meeting since Biden took office. At a press conference following the meeting, Biden stated that he told Xi that “I thought they had an obligation to attempt to make it clear” to North Korea that a test should not take place.

South Korea claims the North has completed all technical preparations for a new test, and Washington has warned for months that a test is imminent.

When asked whether China has the ability to talk Pyongyang out of conducting a test, Biden said he wasn’t sure if China “can control” its neighbor and old friend.

Following North Korea’s most recent nuclear test in 2017, China and Russia backed tougher UN sanctions. However, in May, both countries vetoed a US-led drive for increased UN sanctions in response to its continued ballistic missile launches.

Officials in the United States have accused China and Russia of facilitating Pyongyang’s missile and nuclear programs by failing to adequately enforce UN Security Council sanctions.

Biden reportedly assured Xi that the US would respond to a North Korean nuclear test by defending its regional allies, including South Korea and Japan.

Earlier this month, US Defense Secretary Lloyd Austin stated that any nuclear assault by North Korea on the US or its allies would “result in the end of the Kim Jong-un government.”

Similar language was included in the October release of the United States National Defense Strategy.