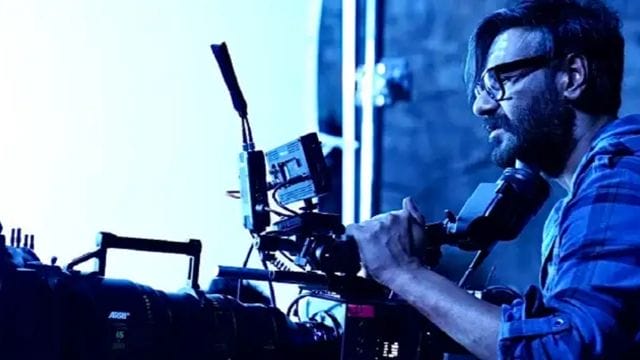 After teasing fans with the first look of his forthcoming directorial Bholaa, Ajay Devgn has finally released the film’s teaser. The Hindi version of the Tamil hit Kaithi is Bholaa. Tabu also has a key role in the film, which marks the actors’ ninth collaboration.

The teaser opens with a girl learning that someone is going to meet her at the orphanage. She begins to wonder who wants to meet her. This is where the teaser becomes odd. The narrator transports us to a prison where a man, most likely Devgn’s Bholaa, is reading the Bhagavad Gita. He is informed that it is time for his release from prison, and he walks out with other prisoners to celebrate.

When asked, “Who is he?” we are told, “Ye jab bhasm lagata hai, toh na jaane kitno ko bhasm kar deta hai (When he smears ash on his forehead, you never know how many people he will transform into ashes).” The teaser concludes with a man on a bike with a ‘trishul (trident)’ and attacking someone in a car.

Bholaa is a Hindi version of the highly praised Tamil film Kaithi, which starred Karthi and was directed by Lokesh Kanagaraj, who also directed Vikram. In the 2019 action-thriller, an inmate assists authorities when they are ambushed by a gang of smugglers. The cops then assist him in reuniting with his daughter.

Ajay Devgn Films, T-Series Films, Reliance Entertainment, and Dream Warrior Pictures are producing the film. On March 30, 2023, it will be released in theatres.

Aside from that, the actor is looking forward to Rohit Shetty’s Cirkus, which stars Ranveer Singh. ‘Maidaan,’ a period biographical soccer film based on the life of great Indian coach Syed Abdul Rahim, is also set for theatrical distribution. The film, which also stars Priyamani, Rudranil Ghosh, and Gajraj Rao and features music by A.R. Rahman, is set to be released on February 17, 2023.