Due to the Kovid epidemic, for the last two years, almost every work of ours has been done online, whether it is studies or office or birthday party with friends. By the way, many such platforms are used for meetings and video calls, in which the most common and popular will definitely be called zoom meetings. If you also use zoom, then be careful, because it can cause you a lot of damage.

If you use the Zoom Meetings app for video calls, online school classes, and office meetings with your friends and relatives, we have important information for you. The app has seen a security flaw that allows hackers to easily install malware on your computer or Android and iOS devices. 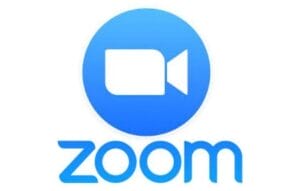 Let us tell you that according to reports, hackers first send a simple message to the zoom app of the target device. After sending this message, malware is illegally installed in the device. If you think that this is just a rumor, then let us tell you that this bug has now been accepted by Zoom.

Let us tell you that Zoom has confirmed this in a blog post and said that there is a problem with the previous version 5.10.0 version of this app. Once the attacker has the option of sending messages over Zoom Chat via the XMPP protocol, installing the malware is not difficult. These simple messages are designed in such a way that innocent users can be tricked and then taken advantage of by downloading malicious code to their devices.

You will be surprised to know that hackers can easily insert malware into the Zoom app through this bug, even if the app is on any operating system. This cyber attack can be accomplished by the downloaded Zoom application on all types of devices, including Android, iOS and Windows. Admit it, it is very dangerous, but there is a way to avoid it.

The Zoom app puts the threat of this cyber attack in the ‘high’ category. If you are a Zoom user, to protect yourself from this, you should immediately download the latest V5.10.0 update of Zoom and avoid opening any strange or unfamiliar links and messages that come through the text option on the application. needed.