Barkhana will be blown away seeing Anupama’s children, Anuj will make Kapadia sad. 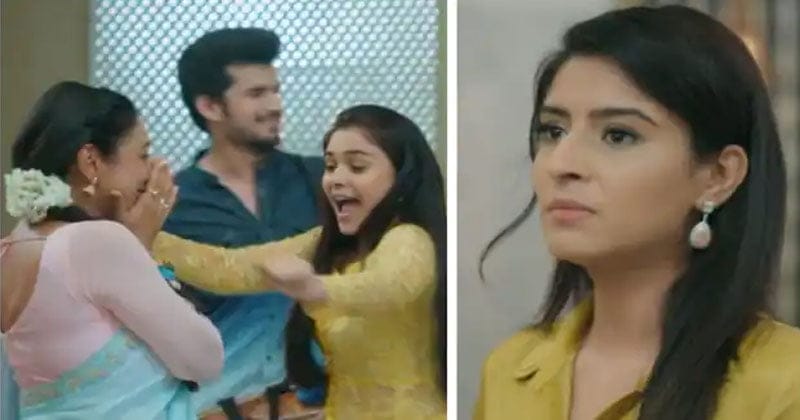 In the last episode, it was seen that Barkha was clearly telling her husband to talk to Anuj for property and business. Then Anuj and Anupama come there. But they don’t know anything. Many blasts are going to happen in today’s episode. Let us tell you what twists are coming.

Tonight Anupama will be seen coming home better by participating in the Youth Fest. Anupama will be very happy to meet them both. Anupama will get emotional after hearing aunt’s words in the mouth of Barkha and Ankush’s daughter Sara. Meanwhile, Anuj and Barkha will also be there and will talk a lot together.

Barkha will host the party at a five star hotel. He is going to invite many big people from Ahmedabad to this party. He wants Anuj and Anupama’s marriage to be announced in front of everyone. Along with this, Anuj will also make a big announcement related to his business.

Anuj then tells Barkha that the party has to be canceled as he and Anupama have to go to Shah House for a walk. Hearing this, all the hopes of Barkha will be shattered. When he is alone he will think that nothing will be out of control and will make him his brother in this game.

In the latest episode of Anupama, it will be seen that the secret of Anupama’s children against Barkha and Ankush will be revealed soon. Pankhi and Samar Kapadia will come home and surprise Anupama. At the same time, Anupama will be asked to come home for a walk.

Then Barkha will come to know that Anupama has three children and knowing this her feet will be shaken off the ground. Barkha thinks that Anuj’s wealth and business will be her lot. In this, he will talk to Anuj about his part.

Hyundai Creta is coming to compete with the new SUV, know when it will be launched

The top 10 TV shows of the week have been announced.