During an interview, Babil Khan discussed how the passing of his actor father, Irrfan Khan, in the year 2020 affected the family. According to the Qala actor, he shut himself up in his room for almost one and a half months. 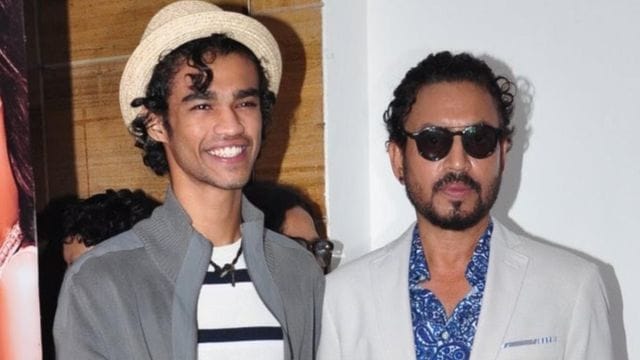 Babil Khan, the son of Irrfan Khan, made his acting debut in the 2022 Netflix movie Qala as a talented singer. The young actor said that his father’s death in 2020 made him want to start acting right away because he didn’t want to wait any longer. In an interview to promote Qala, Babil also talked about how he dealt with the death of his father. On January 7, his birthday, he would have been 56.

In March 2018, the late actor wrote an emotional post about being told he had cancer. He then went to the UK for treatment. At about the same time, Babil also went to the University of Westminster in London, England to get his Arts degree in film. In February 2019, Irrfan came back.

Babil told the Qala team on Bollywood Bubble in an interview, “On the first day it happened, I didn’t believe it. A week had gone by, and then it happened. Then I just kept getting worse and worse. I just shut myself up in my room for a month and a half.”

The actor talked about dealing with his father’s absence “He used to shoot so much back then that he would be gone for a long time. When it happened, I was sure he would return after the filming schedule.

Then I slowly started to realize that this was a shooting schedule that would go on for a long time. He won’t be back. I just lost my best friend. It was so terrible that I don’t know how to explain it.” He went on to say that he is now happy because of what he remembers.

During the same conversation, his co-star Swastika Mukherjee mentioned that Babil remembered his father in a happier light than when they were on set and he was sadder. Swastika, who lost her father, veteran actor Santu Mukhopadhyay, around the same time, understood the younger actor’s anguish.

Babil’s next appearance will be in the Yash Raj Films web series The Railway Men. Shiv Rawail is directing the series, which is based on the 1984 Bhopal gas tragedy. He will appear alongside Kay Kay Menon, R Madhavan, and Divyenndu.