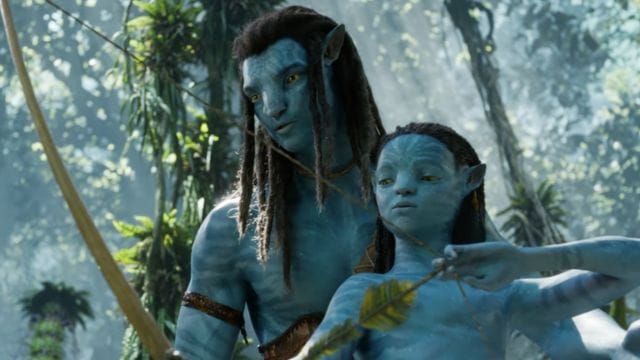 Disney is going all out to promote and market ‘Avatar: The Way of Water,’ which could be the biggest film ever made. The picture marks James Cameron’s return as director and is the sequel to 2009’s ‘Avatar,’ which is the highest-grossing film of all time in terms of international collections. A new trailer for the film has recently been released.

Despite being the most narrative-heavy marketing yet, the trailer is still very light on actual plot elements, especially when compared to spoiler previews for most commercial movies. Cameron did, however, challenge franchise fans to guess the scenario. This demonstrates his belief in the story’s secrecy and surprise component.

During the course of his conversation with IGN, he had stated, “I guarantee you, you won’t be able to foresee it. The thing that bothers people the most about going to the movies is hearing themselves remark, “oh… predictable.” I don’t think anyone could have anticipated this outcome. I dare anyone to try to guess where this story is going to go.

Additionally, the trailer promises a never-before-seen visual extravaganza that will wow audiences, particularly in 3D, a format that Cameron insists is here to stay and will be utilized in the film.

The film picks on the narrative of the Sully family (Jake, Neytiri, and their children) as they face new obstacles and go on exciting new adventures. They come to encounter a new tribe of the Na’vi, the people of the same blue-skinned race that Jake and Neytiri are a part of as well.

Sam Worthington, Zoe Saldaa, Stephen Lang, Joel David Moore, CCH Pounder, Giovanni Ribisi, Dileep Rao, and Matt Gerald all reprise their roles from the first movie in ‘Avatar: The Way of Water.’ Sigourney Weaver also makes a comeback, but in a different capacity than before.

A number of new actors have been added to the cast, including Kate Winslet, Cliff Curtis, Edie Falco, Jemaine Clement, Michelle Yeoh, Brendan Cowell, Oona Chaplin, CJ Jones, and Vin Diesel. The release date for “Avatar: The Way of Water” is set for December 16, 2022.