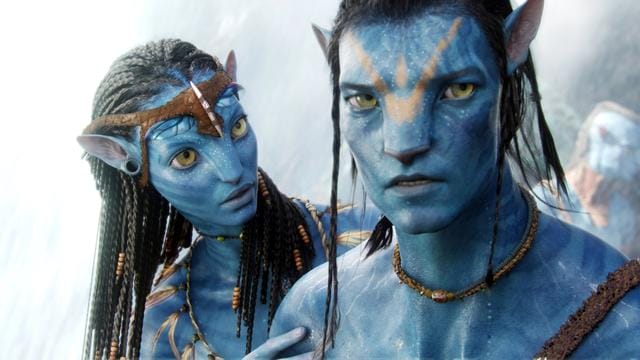 Avatar: The Way Of Water will be released in theatres on December 16.

Avatar: The Way Of Water, directed by James Cameron, was recently released. The long-awaited sequel, released nearly 13 years after the original epic, sees the return of the Na’vi people to the planet Pandora. As the story picks up more than a decade after the events of the first film, the trailer focuses on reintroducing Jake and Neytiri Sully and their children.

Fans get a look beneath the waves of the ocean and are shown a variety of fantastic creatures such as colorful jellyfish, whales, and large-winged fish. The native Na’vi of Pandora is also seen fighting with what appear to be humans using advanced technology and weaponized mech suits.’ The sequel focuses on the trouble that follows them, the lengths they go to protect each other, the battles they fight to stay alive, and the tragedies they face.

The upcoming sequel will follow Jake Sully and Ney’tiri as they form a family and do everything they can to keep it together. They must, however, leave their home and explore Pandora’s regions. When an ancient threat resurfaces, Jake is forced to wage a difficult war against humans. The cast of the highly anticipated film includes Sam Worthington, who plays Jake, and Zoe Saldana, who plays Neytiri.

The sequel to Avatar will also feature the return of Sigourney Weaver as Dr. Grace Augustine and Stephen Lang as Colonel Miles Quaritch. The original 2009 sci-fi epic won three Oscars for its breathtaking visual effects, cinematography, and art direction. The film was set in 2154 and featured humans inhabiting avatars in order to gain access to the planet Pandora.

According to actress Zoe, she was in tears after only 20 minutes of watching the new film. Director James also commented on the new film and its sequel, saying, ‘We’re a hundred percent complete on Avatar 2 and we’re about ninety-five percent complete on Avatar 3.’ The original Avatar is the most successful film of all time. Avatar: The Way Of Water will be released in theatres on December 16.