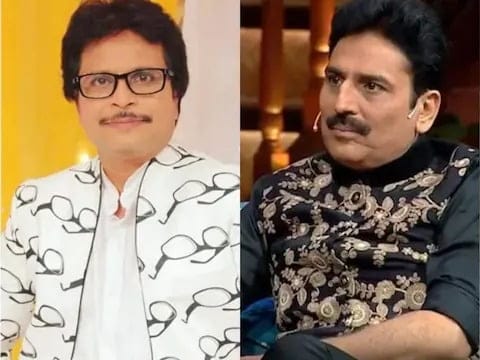 Taarak Mehta Ka Oolta Chashma is always in the news, the most popular entertainment show on TV for the past 14 years. Sometimes with the star cast of the show and sometimes the return of the stars. Recently, Shailesh Lodha who played one of the main characters in the show ‘Taarak Mehta’ has left the show.

After her exit from the show, people were curious to know why she left the show. The producer of the show Asit Kumar Modi was also tried to know about the matter but now after a few months he broke his silence on the matter.

A video of Asit Kumar Modi, the producer of the show ‘Taarak Mehta Ka Oolta Chashma’ is going viral, in which he gives a hint and says Shailesh Lodha why did you leave the show? Not only this, Asit also said that it would be good if he comes back and if he doesn’t come, the show won’t stop. Because then the new ‘Tarak Mehta’ will come on the show.

Asit Modi said in the video, ‘I want to keep everyone connected. But some people don’t want to come. So what should we do? For those with a full stomach… it seems we’ve done a lot, we should do more. God has given us many talents.

We should not limit ourselves to Tarak Mehta, who feels this and doesn’t want to understand, I still say to him brother, understand. But the show won’t stop if it doesn’t. New star Tarak Mehta will surely come.

ALSO READ: Ranbir Kapoor cheated this star for Alia! An event is told after announcing a pregnancy

According to media reports, the contract also stipulates that the show’s producers make the actors sign that they will not work on any other projects while on the show. Shailesh sought permission from the producers to work on his new show with the shoot of ‘Taarak Mehta…’.

But he was told that if he was given this permission, the contracts of the other actors would also have to be changed, so Shailesh was not released from the contract and left the show.

This is what happened when Kriti Shannon’s film flopped, she said- ‘I’m a human too’