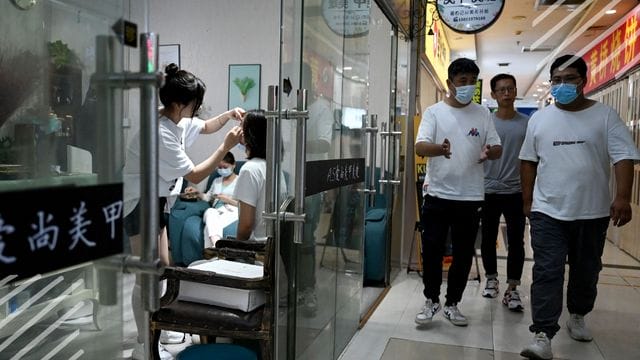 Japan and South Korea’s benchmarks declined, while China’s rose. Analysts say some investors are encouraged by indicators that inflation in the United States is easing sooner than expected, but they warn that variables such as geopolitical threats remain that might rekindle inflation.

Venkateswaran Lavanya of Mizuho Bank remarked, “But it is far too hasty to declare a decisive conclusion to inflation risks.”

“We also have Democrats controlling the Senate, while Republicans appear to control the House.” Policy stalemate during an economic downturn is hardly a promising sign for the next two years. “The present stock rise may only last a few days,” said Clifford Bennett, chief economist at ACY Securities, referring to the results of the US midterm elections.

Last week, Wall Street rallied on anticipation that inflationary pressures had subsided. This would make the Federal Reserve less inclined to raise interest rates further. However, other analysts believe the Wall Street bounce has been overstated.

Markets are benefiting from China’s relaxation of some of its stringent anti-COVID regulations, which have harmed the world’s second-largest economy. Reducing limits means more potential growth in China, which is a major gain for the Asian area.

According to a survey released this week, inflation in the United States dropped faster than expected last month. The Fed has already raised its main overnight interest rate from near zero in March to a range of 3.75% to 4%. Further hikes are still expected in the coming year.

When Exactly Did Prince Charles and Princess Diana End Their Marriage?