Ashneer Grover gave marriage advice that some people don't agree with, which has sparked an online debate. Here's what people on the Internet think about it. 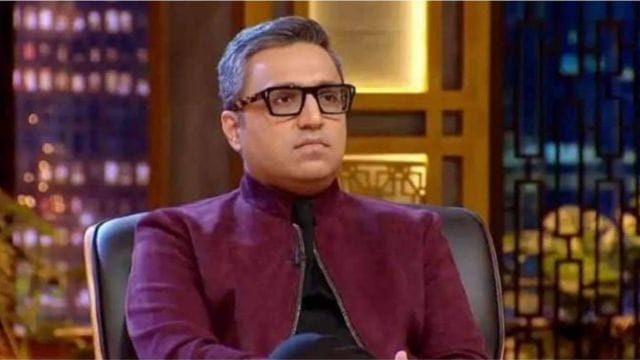 Ashneer Grover, who became famous on the first season of Shark Tank India, was recently on “The Ranveer Show,” a podcast hosted by YouTuber Ranveer Allahbadia, also known as BeerBiceps. The former CEO of BharatPe said some strong things about marriage and having kids, which Gen Z and millennials both liked and didn’t like.

Ashneer told Ranveer Allahbadia that people should get married in their 20s and not wait, so they can be free and pay attention to more important things. “People who get married late bother me a lot. Both men and women have a biological clock. If you want to be free and do bigger things in life, get married early.”

Best advice I’ve heard on when to get married and how it anchors your career. Absolutely agree with him. pic.twitter.com/vscV87QTuc

Grover also criticised the current culture’s “fear of commitment” and tendency to put things off. He also said that having responsibilities to a wife and children can help a young person avoid distractions and give them “direction and purpose in life.”

His comment started a discussion on the microblogging site, and people responded to it in the comments section. A user wrote, “I’m married and have a 7-month-old child. I’m 26 years old. And I’m completely happy, aligned, and focused. Like what @Ashneer_Grover Bhai said.”

Not married ,but married to your work , committed to your organization , Young generation should understand that life is full of commitment either ,to family or ,to society

Again, shouldn’t be a “because it suits me, will suit everyone thing”

He is only talking about one set of people who have options, majority of people barely making ends meet wouldn’t even have an option

A third person said, “Disagreed. People want more time because at 25 or 26, most people, especially men, are not able to support themselves on their own. No one is born with a silver spoon in their mouth. Logic from the 80s and 90s won’t work in 2023. At the very least, Ashneer should have known.”

At 25-26 most people, especially men, are not in a position to sustain their own lives independently and that’s the reason why people seek more time.

Everyone isn’t born with a silver spoon. 80s and 90s logic won’t work in 2023. Atleast #Ashneer should’ve known it.

A user also wrote, “Absolutely true and the best way to live your life: get married before you’re 25 and have kids before you’re 30. From 30 to 50, work on your career and personal growth. After 50, focus more on your spiritual self and the welfare of others.”

Absolutely true , and best way to live life, marry before 25 , kids before 30, from 30-50 economic and personal growth..after 50 more focus on spiritual self and social welfare…

Some people agreed with the businessman, but others said his ideas were out of date and didn’t make sense.

Stay tuned to New Times of India for the more latest news.

Rakhi Sawant Accepted Islam and Wants to Do Umrah With Adil. Watch Videos of Rakhi!