In 2011, Kubbra acted alongside Bollywood heavyweight Salman Khan in the film Ready. 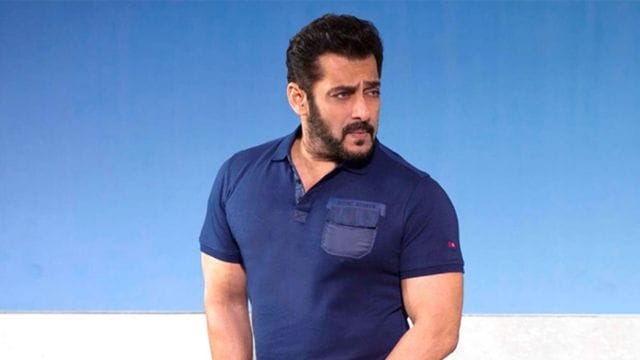 With her amazing performance in the popular Netflix web series Sacred Games, Bollywood actress Kubbra Sait changed what it means to be brave. People really liked Kukoo, the character Kubbra played on screen. In 2011, Kubbra played a role in Ready, which starred Bollywood superstar Salman Khan. She played a maid in the action comedy that was a huge hit.

The 39-year-old talked about a bad thing that happened on the set while she was there. In a recent interview, Kubbra said that Salman used to be late to work, and the whole film crew would have to wait for him for hours.

In the YouTube interview with journalist Faye D’Souza, the star of “Sacred Games” talked about the hard days of filming when she was only given apples for breakfast and the filming schedule kept getting pushed back. “I said breakfast? When they said “apple,” they threw one in my face. When I asked for another apple, they threw another one at my face. They said that the shoot will begin at 10. That turned into 11, and 11 turned into 12,” Kubbra said.

The actress went on to say that she was unhappy with how the film crew had to wait up to five hours for Salman to show up on the set. No work was done until about 2:45 PM, when the actor from Dabangg showed up. Kubbra said that was when the crew seemed to pull up their socks and get ready to say “action.”

She told him, “You can tell that someone important has come. The main character of the movie is that important person. Everyone is putting on their shocks and saying, “Let’s get to work,” when Salman Khan walks in. We shot it on a golf course, so it looks good. There are these huge, life-sized windows, and Salman Khan comes up to them, flexes his back, moves his head to either side, and says, “Lunch break?” (Should we stop for lunch?)”

Salman’s statement shocked Kubbra, who had just told him that she used to leave the hotel at 5:30 in the morning and eat only apples all day. “Idhar main ek apple khaya hai subah se. Kaam bhi kar lete hain na? (I had eaten just one apple since morning. We could also finish some work.) But no, we didn’t go out, we had lunch,” Kubbra said with a laugh.

The pretty girl with curly hair agreed that there were also some good things. She agreed to have learnt something special about Salman. “Salman Khan used to invite all of his co-stars to the set so they could all eat dinner with him. This is definitely something to learn from him,” the actress concluded.

Kubbra’s last movie was RK/RKay, which was directed by Rajat Kapoor. Fans of movies liked the comedy-drama, which also starred Mallika Sherawat, Ranvir Shorey, Manu Rishi Chadda, Chandrachoor Rai, and the director himself.

Stay tuned to New Times Of India for more Bollywood News and bookmark our website so that you can’t miss any updates.

New Rules for Influencers Issued by the Centre, Violators May Be Subject to a 50 Lakh Penalty!