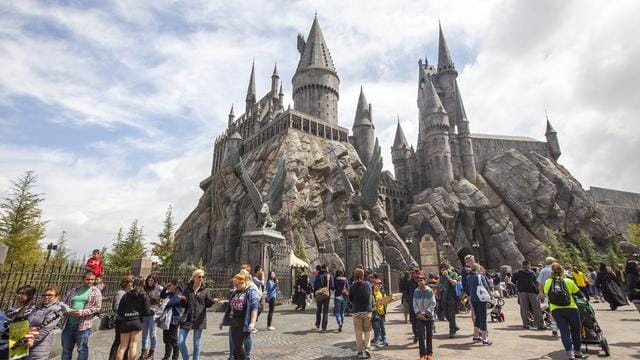 A NEW Harry Potter-themed land has been launched, promising to deliver the wizarding world to fans “like never before.” The new zone will be developed on Yas Island in Abu Dhabi, within Warner Bros. World Abu Dhabi, the world’s largest indoor theme park.

Warner Bros. has pledged to let Potter fans stroll into classic wizarding world places, which would be “seen in an all-new way.”

While specifics are scarce, Warner Bros. claims the zone would be “big in scope” and will join the award-winning theme park’s existing six immersive lands.

“The Wizarding World offers something for fans of all ages to enjoy,” said Pam Lifford, President, of Global Brands, and Experiences at Warner Bros. Discovery.

“Hundreds of millions of fans around the world continue to be captivated and inspired by the original Harry Potter stories and the blockbuster film series.”

“This, along with our lands at Universal Parks, will create a completely new and stunning place for fans to immerse themselves in.”

The addition of a Harry Potter-themed land to Warner Bros. World Abu Dhabi adds to the park’s existing themed lands and experiences, which include Bedrock, Dynamite Gulch, Cartoon Junction, Gotham City, and Metropolis.

The groundbreaking date for the land, as well as other information, are yet to be published, but enough has been announced to have Potter enthusiasts thrilled.

In addition, The Wizarding World of Harry Potter is located in Orlando, Florida. It is not the only themed region set to arrive shortly.

In the next two years, a new Gigantosaurus-themed area will open in the United Kingdom. The new four-acre interactive play park will be themed after the internationally acclaimed television show.

The animated series is presently available on Disney+ and Netflix worldwide. The attraction will be built within the current 85-acre ROARR! Dinosaur Adventure Park in Norfolk.

Gigantosaurus Land, which will debut at ROARR! in 2024, will have a vertical volcano-themed drop coaster, spinning floral teacups, water play, a jumping pillow, a towering wooden play ‘n’ climb lair, and other attractions. The site is intended to inspire inquisitive and sensory family play, and there will be various interactive attractions for families to enjoy together.