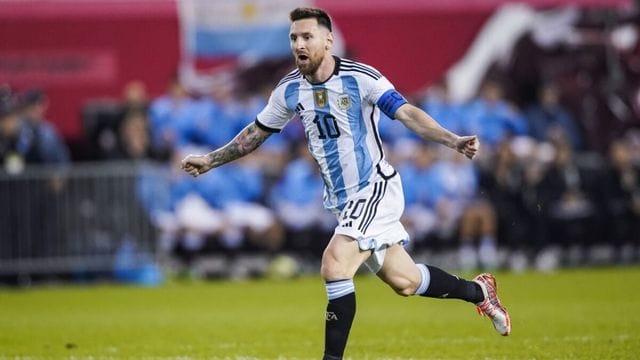 Argentina’s World Cup hopes were kept alive on Saturday when Lionel Messi scored the first goal in a 2-0 victory over Mexico. Argentina was on the verge of elimination after losing to outsiders Saudi Arabia in their first Group G match in Qatar, knowing that another defeat would kill their campaign hopes.

The Albiceleste, on the other hand, narrowly defeated their Latin American counterparts at Doha’s Lusail stadium. And who better to be the hero than Argentina’s mercurial Messi, who fired home a low effort from 20 yards on 64 minutes before Enzo Fernandez scored a thunderbolt second goal three minutes from time.

Messi’s goal tied him with the late Diego Maradona on eight goals and 21 appearances for Argentina at the World Cup. It happened a day after Argentines remembered Maradona’s death for the second time.

The goals were two of the few good things that happened in a game that was mostly bad and tense. Messi, who has won the Ballon d’Or seven times, was the only player who didn’t seem to be affected by the big game.

But Argentina still needs to win their last group game against Poland in order to be sure of making it to the next round. The first half was very tense and not worth remembering. Argentina didn’t have much space or time to build anything because of Mexico’s back five and aggressive play.

And the Mexicans never had enough players up front to make it hard for the other team to counterattack. The two groups of fans should have gotten so much more because they made the Lusail Stadium, which had more than 88,000 fans, feel like a madhouse.

But not even Messi could break through. He had a hard time getting the ball, and it was even harder for him to get it where he could do damage. The best early chance came when Luis Chavez sent a tricky dead ball to Cesar Montes, who stabbed it wide.

Mexico’s goalie Guillermo Ochoa messed up when he tried to punch away a Messi free kick that was curling dangerously toward the goal. This was the closest Argentina came to scoring.

When Ochoa fell to the ground and said he had been fouled, the referee blew his whistle. Another thing that happened a lot in the first period was players rolling around on the ground and holding their faces as if they had been hit.