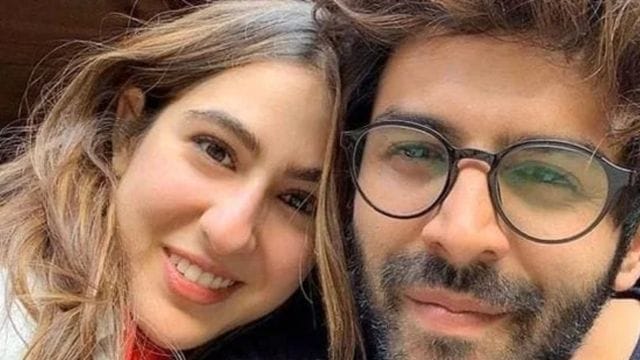 Kartik Aaryan and Sara Ali Khan ushered in the New Year 2023 in style. The ex-couple appeared to be vacationing together in London, despite not posting any pictures together. Nobody knows that Kartik and Sara were once madly in love with each other. However, a series of events caused them to split up. Since then, the actor from Bhool Bhulaiyaa 2 has remained single.

We were stunned to discover that Kartik Aaryan and Sara Ali Khan posted pictures from the same location and around the same time on New Year’s Eve. On January 1, 2022, the stunning actress took to Instagram and posted a photo of herself posing inside a glass Christmas tree decked out in neon lights. Sara looked lovely in a blue crop top and printed leggings. She tagged the location as Claridge’s and added a new year’s hashtag.

Soon after, Kartik Aaryan took to Instagram Stories and shared a photo of his snacks. He was having black tea and coffee with someone else at the same restaurant, Claridge’s, at the same time. He also ate baked cakes and ice cream. He had previously shared a video of himself riding a train from Paris to London while the temperature was 12 degrees. 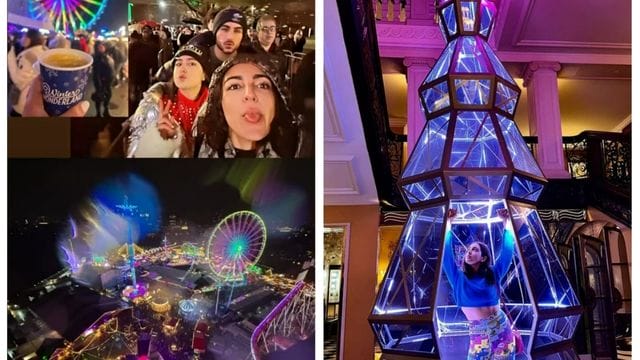 Sara returned to her Instagram stories on January 1, 2022, and shared a beautiful collage from her visit to a London fair. The photos showed a winter wonderland, colorful lights at the amusement park, and Sara drinking a milk coffee while riding the giant wheel. She also shared a cute selfie with her brother, Ibrahim Ali Khan, and a female friend. Around the same time, Kartik Aaryan took to Instagram Stories and shared a blurry photo of a London street decked out in lights.

Sara Ali Khan and Kartik Aaryan’s romance began on the infamous Koffee couch. When Sara expressed her desire to date, Kartik, on Karan Johar’s chat show, Koffee With Karan, rumors of their relationship quickly spread. They also became closer during the filming of their first collaboration, Love Aaj Kal (2020). Karan Johar later revealed in an interview with India Today that Sara and Kartik were dating in real life.