Bigg Boss 16: When Archana Gautam met Sreejita De's boyfriend Michael Blohm-Pape, she got too excited. She said it was her dream to talk to someone from another country. Here's what Sreejita's boyfriend did. 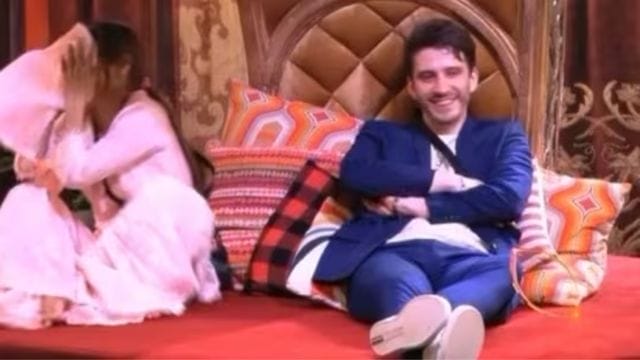 Archana couldn’t hold back her excitement, so she told the foreigner that it was her dream to talk to someone from another country. This made Michael laugh out loud. She also taught Sreejita’s boyfriend her “takiya kalam,” which is a catch phrase. Fans had a lot to say about the promo that ColorsTV shared.

ColorsTv posted the promo on their social media accounts with the caption, “Sreejita’s fiance learned Hindi in the Bigg Boss house.”

Michael, who is engaged to Sreejita De, came into the Bigg Boss house to start the promo. He gave Sreejita a big hug. Then Archana sat down with Sreejita’s fiance in the garden area and said, “You know what, my dream was to talk to a foreigner.”(meri fantasy pta kya thi ek bar foreigner se baat kru) Michael said, “Really?” and started laughing when he heard this. This made the other people in the house laugh as well.

“marte marte mor bna duga,” he tried to say again as he looked at Sreejita. At the end, Archana can be heard telling Sreejita, “He will beat you until you are black and blue when he gets home.”(terko ghr jakr bnayega mor, ruk) Archana laughed and covered her face.

One person said in response to the video, “Archana is so funny (laughing emojis)!” Someone else wrote, “If Archana’s house isn’t there, then this show will fail. (If Archana isn’t here, the show won’t work.) You can either love her or hate her, but you can’t just ignore her.” Someone else wrote, “This week’s entertainment goes to Archana Gautam.” One person wrote, “Archana rocks, Sreejita De shows.”

Stay tuned for more news and bookmark our website for more interesting and latest news.

Singer Lisa Marie Presley Daughter of Elvis Presley Dies at the Age of 54 Due to Cardiac Arrest!!

Black Adam OTT Release Date: Where and When To Watch Dwayne Johnson’s Movie!!