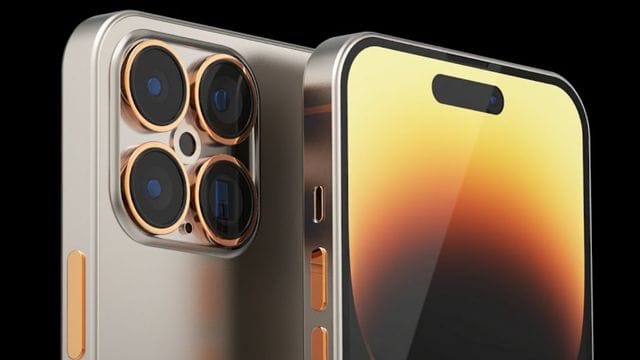 It’s been a few months since Apple introduced the iPhone 14 and iPhone 14 Pro series handsets to the market. Both of these series are Apple’s flagship mobile devices. Even if the announcement of its replacement, the iPhone 15 lineup, won’t take place for almost a full year yet, rumors regarding the forthcoming series have already begun to circulate on the internet.

The most recent report suggests that Apple supplier Cirrus Logic may have dropped a clue that the Cupertino-based technology giant may implement solid-state touch-based buttons on iPhones in the following year. This information comes from the research firm Barclays.

According to the report, Cirrus Logic has written a letter to its shareholders that was delivered this month. In the letter, the company stated that it continues to engage with a “strategic customer” and that it anticipates introducing a new HPMS component to the market for smartphones in the following year.

High-performance mixed-signal chips, also known as HPMS, are manufactured by Cirrus Logic. These chips include haptic drivers for the Taptic Engine, which is integrated into Apple iPhones.

The CEO of the company, John Forsyth, had earlier stated that the timeframe for the coming to market of this new component will be the “back half of next year,” which literally translates to the second half of the following year.

This new revelation regarding touch-based buttons for the iPhones comes barely a month after it was reported by a well-known Apple analyst named Ming-Chi Kuo that the iPhone 15 Pro versions will incorporate solid-state volume and power buttons.

He went on to say that the handsets will come with two more Taptic Engines, which will be responsible for delivering haptic feedback in the form of a simulation of the sensation of pressing the buttons.

Apple has been attempting to entice more iPhone users to spend the extra money on premium models by introducing new features and hardware (like the ProMotion 120Hz display, the 48MP primary camera, and more).

However, we anticipate that all four iPhone 15 models will include Dynamic Island next year. This year, only the iPhone 14 Pro and iPhone 14 Pro Max have the shape-shifting “notchification” feature.