The Apple iPhone 15 Pro Could Have a Port Called “Thunderbolt.” 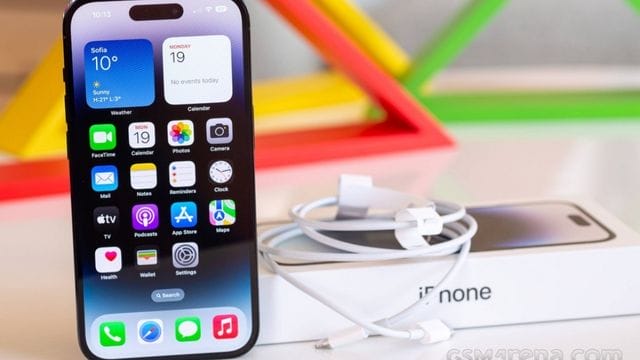 A report says that Apple, which is based in Cupertino, is likely to add a Thunderbolt port to its iPhone 15 Pro for fast data transfer. Ming-Chi Kuo, a well-known Apple analyst, says that the rumored new iPhone 15 Pro and iPhone 15 Pro Max will likely have a USB-C port that supports at least USB 3.3 or Thunderbolt 3, as reported by Gizmochina.

According to reports, the Thunderbolt 3 port will have up to 40Gbps of bandwidth. The port is expected to improve performance and make it faster to send and receive data. It will help users when they need to send large files.

It was said earlier this year that Apple plans to replace the clickable volume and power buttons on the Apple iPhone 15 Pro with solid-state buttons.

People have been talking about the features of the iPhone 15 Ultra for a while now on the internet. In the latest news, details about the next iPhone have been leaked. A recent tweet from an insider in the industry, LeaksApplePro, suggests that the iPhone 15 Ultra “will cost much more to make than the iPhone 14 Pro Max.” The source doesn’t say how much the device will cost, but it gives an idea of how much it might cost.

It is thought that the Apple iPhone 15 Ultra will have a high-end titanium body. Titanium would give the next Apple iPhone 15 Ultra a high-end feel and also make it lighter, stronger, and less likely to get scratches than steel. The price of the titanium case will be 35 times higher than the price of the current iPhone case. The phone is said to have two front-facing cameras, which is a first for iPhones.

As of right now, the rumors aren’t very clear about how the iPhone 15 and iPhone 15 Plus will improve their cameras. The iPhone 14 got a number of improvements to its cameras, such as the Photonic Engine, which speeds up processing, and a much better front-facing camera.

We think Apple will add to the camera hardware it already has next year, either with new hardware or new software. In the coming months, there will be more rumors.

Jason David Frank Who Played in Power Rangers Died at 49