Apple confirms that the iPhone 14 Pro and iPhone 14 Pro Max have a problem with green horizontal lines and says a fix is coming soon. 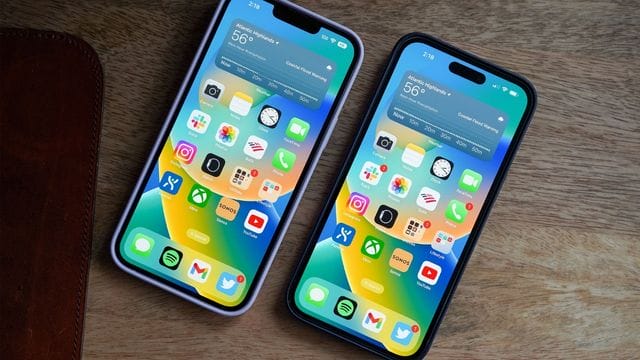 A few weeks ago, several people on online forums said that when they unlocked their iPhone 14 Pro or iPhone 14 Pro Max, green and yellow lines would flash across the screen. Apple has now said they are aware of the problem and are working on a fix. Apple has acknowledged the problem in a memo and said that it is being looked into. The problem seems to be with the software, not with the hardware, so it will be fixed with a new iOS update.

Problem With iPhone 14 Pro Models Has Not Yet Been Fixed

The memo confirms that the horizontal lines on the screen are short, and Apple is working on a software update to fix the problem, according to a report from MacRumors. There is no set date for when this problem might be fixed, but there are rumors that the upcoming iOS 16.3 update will fix a lot of these problems.

But the iOS 16.3 update is still in beta testing with developers, so it could be a few weeks before it’s available for iPhones all over the world. So, it is possible that Apple could fix the problem by putting out a software patch before the iOS 16.3 update.

Keep in mind that the iPhone 14 Pro and iPhone 14 Pro Max are the only iPhones Apple has right now that have displays with a faster refresh rate. The refresh rate of the ProMotion display on the iPhone 14 Pro models can be set as low as 1Hz and as high as 120Hz. With this feature, these phones can turn on the “Always On” feature, which keeps the time, notifications, and wallpaper on the screen even when the device is sleeping. Later, Apple put out an update that let users turn off the wallpaper and notifications.

Bigg Boss 16 Has Been Criticised by Viewers for What They Call a “B**ching Session” Involving Priyanka Chaudhary. Watch the Video!