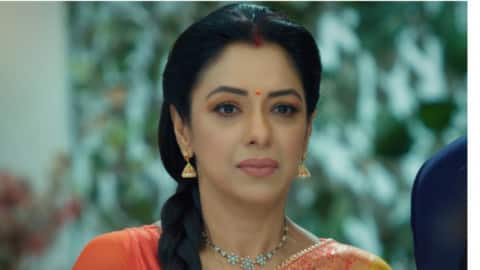 Arjun Kapadia and Anupama got married in Star Plus serial Anupama. After their wedding track, the makers are again coming up with the same old flood story. Anuj and Anupama are returning to Mumbai after marriage and both are talking about honeymoon.

Meanwhile, the couple decided to adopt the girl. The viewers of this serial are now waiting to bring a bang twist in this serial. But the serial makers are not seen fulfilling the wishes of all the fans. This is the reason why this serial is being ridiculed on social media.

Rupali Ganguly’s fans are also making fun of Anupama’s makers on social media. People are saying that the makers are boring people by rotating anything and showing an incomparable child-like projection. Let us tell you that in the latest episode of Anupama, Anuj asks Anupama what happens on honeymoon? After this, both talk about adopting the child. Seeing this episode people are saying that one side is talking very loudly and big and the other side is showing such nonsense and boring track.

On one hand, the makers of Jai Anupama are facing constant trolling, while some people are also looking positive about the fact that something new is going to come in the show soon. People say that the entry of Anuj’s siblings in the show will be very special. In short, people are fed up with the old story of Anupama. They want something new.