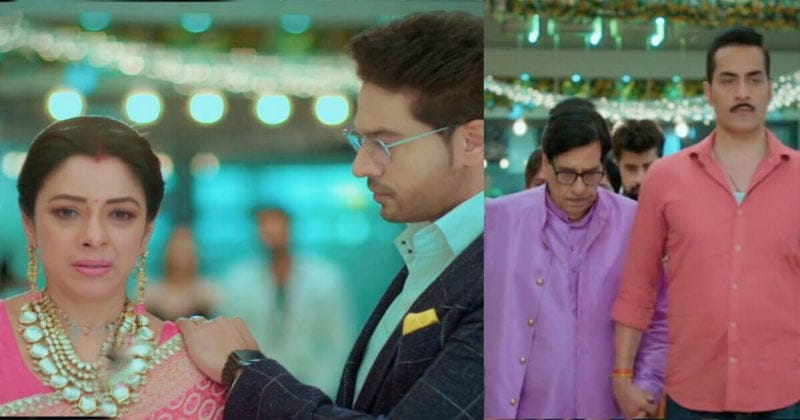 Every day some new twist and turn is being seen in Anoop serial. Anupama is still not happy to be in her new home after marriage. Even after marriage, Baa is following her. So there are still fights going on in the new house.

Till now you must have seen in the serial that Barkha will insult Bapuji only against Anuj and Anupama. On the other hand, Anoop will be angry with Barkha and his guests. So Anuj blames Barkha as well. Now Barkha will take revenge on Anupam.

In the serial Anoop of Gaurav Khanna, Sudhanshu Pandey and Rupali Ganguly, it will be seen that Anoop gets very angry and then Anuj also gets angry with Barkha. Seeing all this, Barkha will apologize to Bapuji. But Vanraj will get very angry.

Vanraj and his family will leave Anoop’s house without eating anything. Anoop will try hard to stop everyone but no one will pay attention and leave. After this Anoop will start crying. He would say that he made special dishes for Bapuji and his children. After this Anuj will support Anupam.

Soon Anoop’s precious necklace will be stolen. Barkha alleges that the work belongs to someone from the Shah family. But Barkha has lost the battle to sow discord between Anupama and the Shah family.

On reaching the Shah family’s house, Pakhi will announce that she will stay at her mother’s house for some time. Hearing this, Vanraj will say no. Then Pakhi will insult Vanraj by calling him poor. Then Vanraj will regret that his children are ashamed of him.