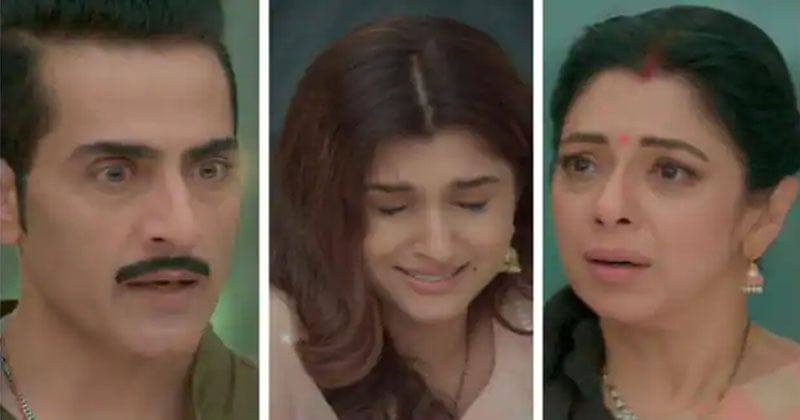 In the story of serial Anupama, there is some drama going on every day. Barkha is constantly trying to disturb Anupama’s life. Now in the serial Anupama you will see that Anuj and Anupama go to their office.

Anupama will go to Shah House after office. Anupama will be accompanied by Kinjal, Pankhi and Samar to her house. Haiya Anupama’s kids will have fun with Adik and Sara. After this a big accident will happen with Kinjal. Because of Kinjal, there will be a lot of rift between the Shah family and the Kapadia family.

In the upcoming episode of Gaurav Khanna, Rupali Ganguly and Sudhanshu Pandey’s superhit serial Anupama, you will see that Barkha will be a part of Anupama’s party. Anupama’s wife will push Kinjal as soon as Barkha gets a chance. Barkha will show that she did nothing intentionally. Anupama and Anuj will take Kinjal to the hospital.

Vanraj will hear his children very angry. Vanraj will announce that no member of the Shah family will ever go to Anupama’s house from now on. Anuj and Anupama will be shocked to hear this. Anuj will try to persuade Vanraj. Although Vanraj will not listen to Anuj.

Anupama soon learns that Kijal has miscarried. Anupama will cry a lot knowing this. At the same time, Toshu and Vanraj will also become emotional. The death of Kinjal’s child has created a stir in the Shah House. In such a situation, it will be interesting to see how Anupama will end the enmity between the two families.