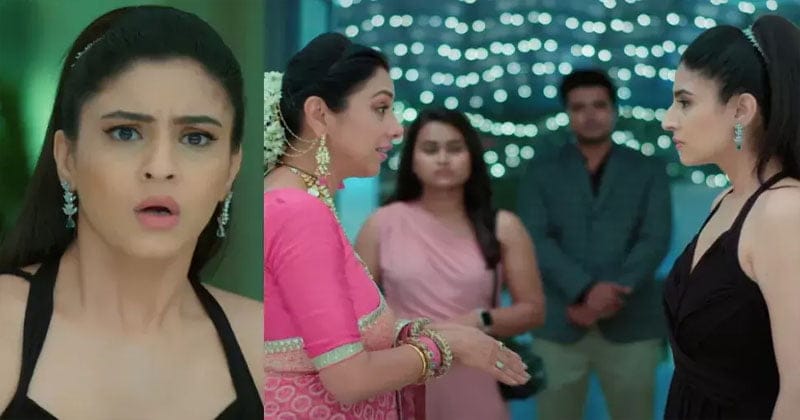 With the entry of some new characters from the serial Anupama, the serial looks quite new. The Shah family meets Anuj’s family at a house warming party. Adik and Sara are friends with Anupama’s children. Anupama wanted to worship first and then enter the house.

In the upcoming episodes of Anupama, it will be shown that Barkha ignores Anupama’s words. He walks inside the house wearing shoes and slippers with the media. Anupama asks everyone to take off their shoes and slippers and removes alcohol from the living room. Barkha gets angry seeing this.

Kavya will tell Baa and Vanraj that Anupama has found an NRI family and a loving husband, even though she was illiterate because of her good faith. Seeing Leela, Samar, Pankhi, Toshun and Kinjal meeting with Adik and Sara, he says that he has to do less to come here.

Anuj invites everyone to worship and the Shah family and JK sit with him for the puja. Panditji calls the owner of the house to keep the Kalash. Anuj calls Anupama for this. Anuj says that she is the owner of this house. Barkha tells Ankush that if Anupama was not there, he would have taken all the media limelight.

Barkha says that she is interested in power, not worship. After which Panditji asks Anupama to put her hand on the wall. Barkha asks him not to do this as the pants are too expensive. Anupama says this is her culture. After which Anuj comes up with a solution. And a white paper outside the house, which can be hand-marked.