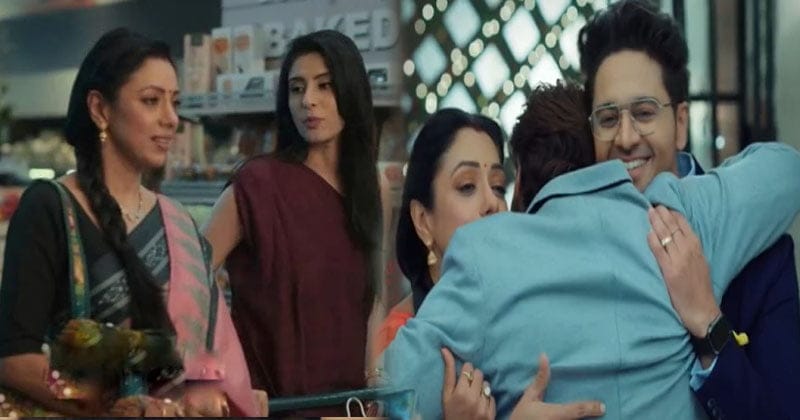 In today’s episode of Anupama it is shown that Anuj is very happy to see Barkha and hugs her. Anuj introduces Anupama to Barkha. When Anupama bows down to seek blessings from Barkha, Barkha thinks what she is doing and says she wants to seek your blessings. Barkha says that he did not want to come to America. Then Anupama says that Indian people never forget their culture.

Then Anupama and Barkha hug each other. Arun then messages Anuj and asks if sister-in-law is fighting. Anuj tells this to Hussain and everyone. Arun comes and hugs Anuj. Anupama is very happy with this. On the other hand, Kinjal, Pakhi, Toshu and Samar are insisting on going to the concert. Baa is not allowed to go because it is very crowded.

Kinjal agrees to stop and gives it to everyone. Vanraj tells them to leave as Vanraj and Ba are there to take care of them. Everyone is going there and enjoying the party.

Samar is chatting with his friends. At that time the young man behaves badly with the bird. Just then another boy comes and stops him and gives a warning. And the bird is very angry seeing this.

Arun asks Anuj and Anupama to drink. But both of them refuse. Arun says that he is a good husband. Barkha asks her to learn from Anuj. Arun says she is in love. Barkha looks in front of him.