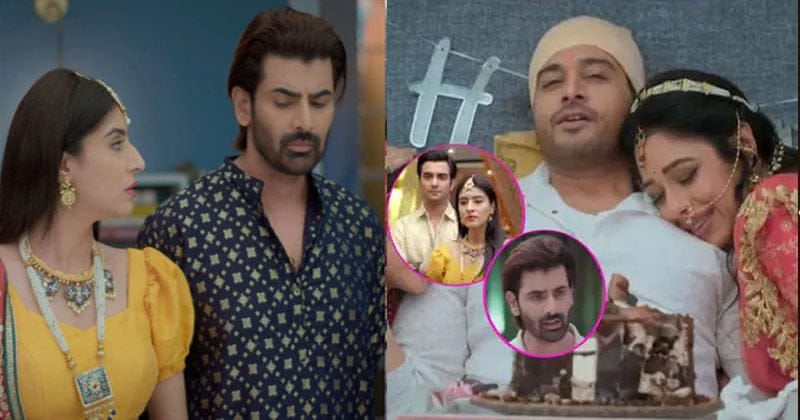 In the current episode of Anupama serial it is shown that Vanraj reaches Kapadia’s house to apologize to Anuj but seeing Vanraj there, Barkha and Ankush get angry on Anupama and question her character. Amidst all this, Anuj comes to know and he calls Anupama. The twists of Anupama serial do not end here.

Anupama will burn the legal notices given to Barkha and Ankush

Ankush and Barkha give a legal notice to Anupama stating that “Anupama is not fit to run the business”. Barkha and Ankush tell Anupama that we do not trust you at all.

He tells Anupama that he and Vanraj together pushed Anuj. In Anuj’s absence you will transfer all your property in the name of one of your husband and boys.. Barkha tells Anupama that we will take all business decisions till Anuj comes to his senses.

Anupama’s prayer will pay off, Anuj will regain consciousness: Anupama answers Barkha and says you guys have started mahabharat but remember when mahabharat will happen lord krishna is coming.

Anupama starts praying to Lord Krishna with great enthusiasm and only then Anuj regains consciousness and shouts “Anupama”. Hearing this, the nurse comes to Anupama and tells Anuj that Anuj has regained consciousness, which makes the Kukshin family happy, while Barkha and Ankush are shocked.

Anuj will show Barkha and Ankush the way out of the house.: In the coming episodes we will see that Anuj throws Ankush and Barkha out of business and asks them to leave the house too. Meanwhile Ankush and Barkha request Anupama that where will she go now with Adhi and Sara??

Anupama also does not listen to him and says that after what you guys did, I also do not want you to stay in this house. Now I don’t want to talk about my husband’s decision.