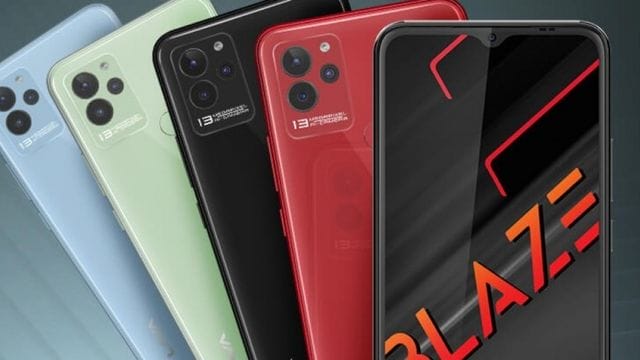 On Wednesday, the homegrown tech company Lava made the announcement that its Blaze 5G will continue to receive software updates on a quarterly basis for the next two years. The company also mentioned that the Android 13 operating system will definitely be upgraded to its Lava VBlaze 5G smartphone in the near future.

This mobile device is currently available for purchase on Amazon, and its release took place about a month ago. Lava International Limited’s President and Business Head, Sunil Raina, tweeted, “Blaze 5G will receive quarterly firmware updates for two years, and an assured upgrade to Android 13!”

On November 15, at twelve o’clock in the afternoon, the official sale of the Lava Blaze 5G began on Amazon. The mobile device has a price tag of 10,999 rupees, making it one of the most reasonably priced 5G smartphones currently available in India.

As a part of the launch deal, the cost of the smartphone will be reduced to 9,999 when it is made accessible to customers. It is available in two different colors: glass blue and glass green.

The HD+ display on the Lava Blaze 5G measures 6.5 inches and has a resolution of 720×1600 pixels and a refresh rate of 90 hertz. It is driven by an octa-core system-on-chip (SoC) manufactured by MediaTek and 4 gigabytes of random access memory (RAM). Additionally, the mobile device supports up to 3 GB of virtual RAM.

This smartphone from Lava comes equipped with 128GB of internal storage, which can have its capacity increased by installing a microSD card. The 5G smartphone is equipped with the capability for two SIM cards and runs Google’s Android 12 operating system.

In terms of optics, it has a primary sensor with a resolution of 50 megapixels, a depth camera, and a macro camera that has an LED flash. The front-facing camera on the device has an 8-megapixel resolution. The battery inside the handset is rated at 5,000 mAh.

In addition, the face unlock feature is supported on this smartphone from Lava, which also includes a fingerprint sensor that is positioned on the phone’s side.

The battery in the Lava Blaze 5G is rated at 5,000 mAh. In addition, the manufacturer asserts that a single charge will allow for a talk time of up to 50 hours and a standby time of up to 25 days.

To refresh your memory, the Lava Blaze 5G was initially presented to the public by Ashwini Vaishnav, the Minister of Communications and Electronics and Information Technology, during the Indian Mobile Congress 2022 (IMC), which took place one month ago.