An Entrepreneur From “Shark Tank” Claims She Was Harassed In The Cyberworld: “Rude,” “Smug,” “Manupulative,” “Greedy,”, “Bitch”

Yushika Jolly, the CEO of Paradyes, went on LinkedIn to talk about the hate she got online after the show aired on Thursday, even though she and her co-founder were happy with the deal they got. 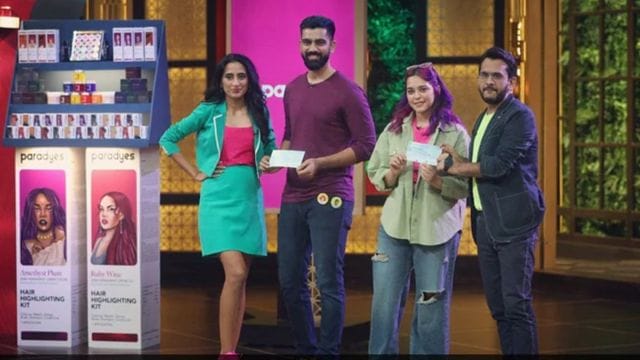 This week’s episode of Shark Tank India, about a hair dye company, followed the same drama-filled script: “sharks” arguing with each other, “pitchers” trying to make deals with them, and a result that made a couple of “sharks” sad. But what made this story stand out was how much buzz and debate it caused after it aired.

Yushika Jolly, the CEO of Paradyes, went on LinkedIn to talk about the hate she got online after the show aired on Thursday, even though she and her co-founder were happy with the deal they got. While her co-founder and husband was “praised for his excellent negotiating skills,” she said that the hateful messages she was getting were based on “gender prejudice.”

“assertive and with an opinion,” the 26-year-old CEO wrote in a LinkedIn post. “In the last 48 hours, I’ve been called “rude, smug, manipulative, greedy, bitchy, and unprofessional.” There are a lot of hateful messages in my direct messages, on my personal page, and even on the page for one of my brands. “I want to call attention to the gender bias because my husband, who is also a co-founder, is getting compliments for how good he is at negotiating,” she wrote.

She explained why she chose ‘boAt’ founder Aman Gupta and Sugar Cosmetics CEO Vineeta Singh’s offer over Lenskart CEO Peyush Bansal’s by saying that she knows her business “better than any keyboard warrior.”

Yushika Jolly and Siddharth Raghuvanshi had asked for 65 lakh for 1% of their company when they went on the show. Even though Piyush Bansal gave them what they asked for, Vineeta and Aman’s offer of 65 lakh for 2% equity was what they chose.

“If we were really that “greedy,” we could have chosen Peyush… And anyone who says, “Why make a mess for 1%?” should go start their own business. Only then will they understand how important even 1% is “Yushika Jolly wrote.

But Ms. Jolly found a bright side to all the hate she has had to deal with. “Since we were on TV, sales on our website and in a few other places have almost doubled. Traffic to our website has increased by 20 times.”

A few weeks ago, the second season of Shark Tank India began. The reality show, which started a year ago, is one where new businesses try to get money from more established ones. The show is the Indian version of the US show Shark Tank, which is in its 14th season at the moment.