In the letter, the viewer asked a private TV station to stop showing the family drama "Sooryavansham," which starred Amitabh Bachchan. 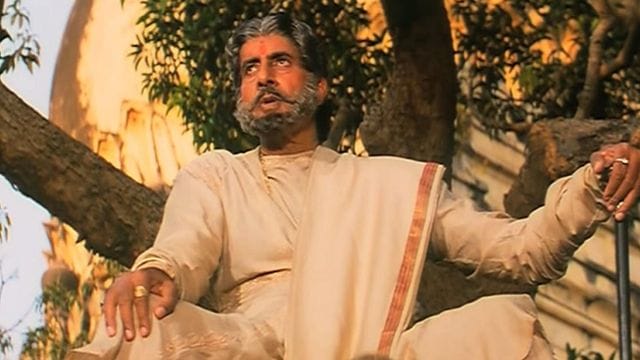 Fans love to see their favourite movie stars over and over again on the big screen and on TV. But watching the same movies every week on TV could be boring and even push fans to the edge of their patience.

On Wednesday, a viewer’s letter asking a private TV channel to stop showing the family drama “Sooryavansham” (1999), which stars Amitabh Bachchan and is usually shown every Sunday, went viral.

Even though diehard Amitabh Bachchan fans might not find the letter funny, the sender didn’t hold back when it came to making his point clear and unambiguous in Hindi.

From the letter, “Thanks to your channel, my family and I feel like we know Heera Thakur and his family (Radha and Gauri) as well as we know our own relatives. All of the dialogues are easy for us to remember. I want to know how many more times you’ll show this movie. How many more times were they going to show this movie? Who will be responsible if seeing the same movie over and over again makes me lose my mind and sanity? I humbly ask you to fix my problem as soon as possible.”

The sender didn’t give any information about himself; he just signed himself “Sooryavansham-pirit” (tormented by Sooryavansham). The letter was sent to the private channel’s office in Mumbai. It asked a question, and the sender said that he hoped to get an answer under the Right to Information Act, 2005.

The letter, which went viral on social media, also got a lot of feedback from internet users. Someone on the Internet wrote, “Do you have the same question?”

Someone else made a joke: “Don’t give gajar ka halwa to people who deserve Sooryavansham wali kheer.” Another Twitter user said, “I’ve never seen something played over and over again as much as Sooryavansham.”

I’ve never seen anything more on repeat than Sooryavansham on SET MAX.

The mouth also starred Southern beauty Soundrya, Jaysudha, Anupam Kher, and Kader Khan, amongst other actors and actresses, in addition to Amitabh Bachchan.

Stay tuned to New Times Of India for more Viral News and Bookmark our website.