Aman Gupta, a Judge on the “Shark Tank,” Admits He Was Unsuccessful in Six Businesses Before to Starting boAt!!

Aman Gupta posted a short video of Shark Tank India season 2 in which he told the founder of content platform STAGE that the country needs people like them. 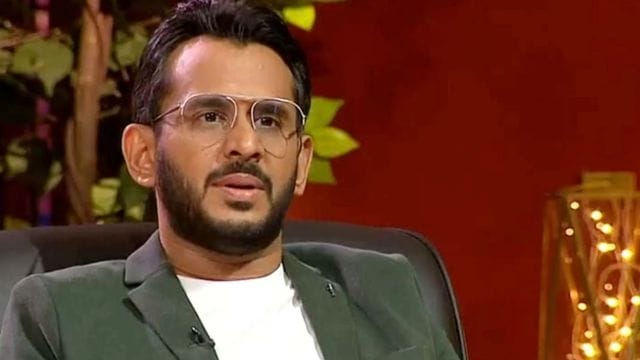 Aman Gupta, the co-founder of boAt Lifestyle and a well-known judge on the TV show Shark Tank India, recently talked about his own journey as an entrepreneur. He talked about how he had to try and fail at six businesses before he finally found success with his electronics brand. Mr. Gupta shared a post on Twitter that told his fellow entrepreneurs not to give up after a failure and to keep working hard.

“We all have bad times in life. I, too, have been sad more times than anyone can count. But there is only one way out when you hit rock bottom: up. Keep working hard, because the day you stop trying is the day you fail,” Mr. Gupta wrote on Twitter. He also wrote, “Inspired by the spirit of such entrepreneurs and people with a spirit like that.”

In life, we all face downs. I have been down too, more times than one can imagine.But when you hit rock bottom, there is only one way out-Up. Keep hustling,the day you stop trying is the day you fail.Inspired by the spirit of such entrepreneurs and also people with such a spirit. pic.twitter.com/WzS3thIhzJ

Aman Gupta also uploaded a little video clip from the second season of Shark Tank India, in which he had a conversation with the founder of content platform STAGE, telling him that the country requires more people like them.

When the founders of the new company heard this, they nodded. Then Mr. Gupta said, “Six of my businesses failed, which is why boAt was made.”

Anupam Mittal of India’s “Shark Tank” Slams a Pitchman for Plagiarising His Idea, Saying, “Dirty Games Are Not Allowed”!!