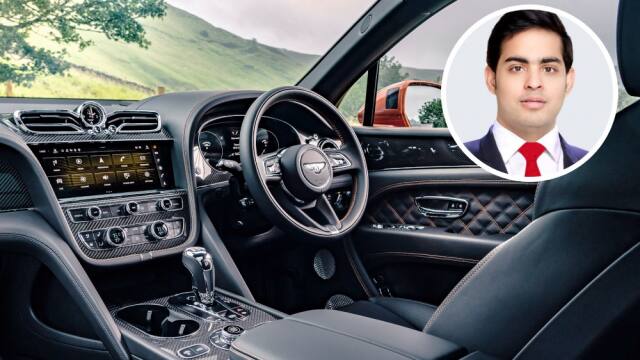 Akash Ambani luxury Cars.Akash Ambani is the eldest son of Jio Chairman Mukesh Ambani. The credit for the success of Jio goes to Akash itself. Akash likes a very simple life. However, they prefer to travel in expensive cars.

Today is the 45th Annual General Meeting (AGM) of Reliance Industries Limited (RIL). In this meeting, the company can make new announcements related to Jio and 5G network and can also give information related to its business. Akash Ambani is the elder son of Jio Chairman Mukesh Ambani.

The success of Jio only goes to the sky. Akash likes a very simple life. However, they prefer to travel in expensive cars. Though Ambani has many luxury vehicles in his garage, the 4 models that Akash likes most include Bentley Bentayga, Range Rover Vogue, BMW 5-Series and Lamborghini Urus. Let us tell you about the price and features of all these cars.

British manufacturer’s supercar Bentley Bentayga is one of Akash Ambani’s favorite cars. According to Kartok, he has been spotted several times in this green luxury car with his brother Anant Ambani.

The special thing is that they have three different models of it. One of these is powered by a W12 engine, while the other is powered by a V8 engine. Its third and latest model is the Bentley Bentayga, which is the first facelift in India. Its cost is around Rs 4.1 crore. The ex-showroom price of this luxury SUV in Delhi is Rs 3.85 crore.

The Range Rover Vogue is considered to be the most trusted car in Bollywood. Many stars like Shahrukh Khan, Sanjay Dutt, Alia Bhatt, Katrina Kaif own Land Rover Range Rovers. This luxury car is also Akash’s favorite car. Akash and Anant Ambani both own Range Rover Vogue.

Akash also owns a BMW 5-Series. It is a big and luxury sedan. It comes with six-cylinder diesel as well as four-cylinder petrol and diesel engines. This five-seater comes with a powerful engine and 8-speed gearbox.

The 530d M Sport variant generates maximum power of 261 bhp and maximum torque of 620 Nm. In this car, Akash Ambani was seen with his mother Nita Ambani and sister Isha Ambani. Not only this, he has also been seen with Katrina Kaif.

The Italian automaker Lamborghini is a super sports car. This luxury car was first given by the Ambani family in their garage. Akash has often been seen driving this car. According to a report, she was also seen with Ranbir Kapoor in this car.

The car is powered by a 4.0-litre twin-turbocharged engine that generates 641 Bhp of power and 850 Nm of torque. Lamborghini Urus price ranges from Rs 3.15 crores to Rs 3.43 crores.

Amitabh Bachchan is cleaning the room and bathroom, said in the post how the situation is after Corona 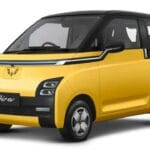