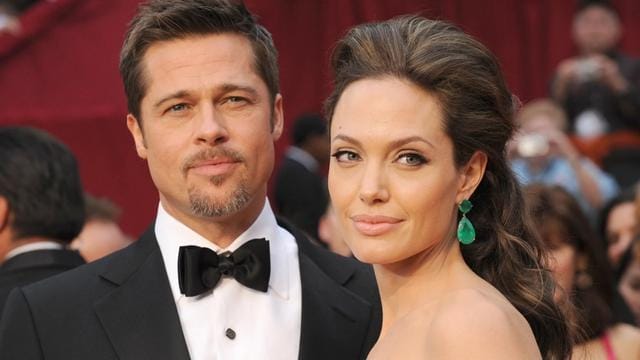 Angelina Jolie’s divorce petition against Brad Pitt may have been prompted by a disastrous flight.

Brad Pitt and Angelina Jolie will be one of the most famous Hollywood couples in history. However, similar to an Oscar-nominated film, their love story took a surprising turn. After a 12-year relationship, the couple’s announcement of their separation stunned the world.

In the days following the September 2016 announcement of their divorce, reports surfaced of an alleged plane flight incident in which Pitt allegedly became intoxicated and began acting aggressively toward Jolie and their children. Aside from the statement that the FBI was conducting an investigation, there was little official information available at the time regarding the alleged event.

What Actually Occurred During The Pitt-Jolie Airplane Crash?

Since Angelina Jolie filed for divorce from Brad Pitt, the couple’s separation has remained in the news. Many are even questioning whether or not the couple’s marriage ended on that fateful flight.

The Pitt-Jolie family flew from Nice, France to Burbank, California on September 14 and refueled at the International Falls Airport in Minnesota.

Pitt was reportedly “verbally and physically abusive” with the couple’s six children, Maddox, Pax, Zahara, Shiloh, and twins Knox and Vivienne, on the long flight.

WARNING: SENSITIVE CONTENT – Angelina Jolie revealed in a court filing that her ex-husband Brad Pitt was abusive on a private plane flight in 2016. The filing also accuses Pitt of choking one of their children and striking another in the face https://t.co/TYPT6PhSbM pic.twitter.com/Ajl6uxkjS1

Maddox and his father got into an argument as the family was returning from a trip to France, indicating that Pitt’s alcoholism may have played a role. The actress allegedly grew frustrated and asked her husband to “calm down”

However, the incident was so traumatic that Jolie did not hesitate to divorce the A-list actor. Many believed the plane incident was the final straw that prompted Jolie to file for divorce that same week. The incident was shrouded in secrecy, but Jolie ultimately divorced her husband.

In October 2022, however, the actress disclosed additional information in a court filing, including allegations that Pitt engaged in physical contact with her. According to the filing, Pitt’s aggressive behaviour began before the family arrived at the airport, when he engaged in a confrontation with one of the children.

After takeoff, Jolie approached Pitt and inquired as to what was wrong. Pitt accused her of being excessively respectful to the children and verbally assaulted her.

The document continues, “He dragged her into the restroom and began screaming at her. Pitt grabbed Jolie by the head and shook her, before grabbing her shoulders and shaking her again before pushing her against the bathroom wall.

During the same incident, Pitt allegedly touched their children, according to the same document. “Pitt lunged at his own child, but was stopped by Jolie, who grabbed him from behind. Pitt threw himself backwards into the aeroplane seats to get Jolie off his back, injuring Jolie’s back and elbow.

Following the plane incident in 2016, the FBI opened an investigation into Brad Pitt, but no charges were ultimately filed. Jolie filed a lawsuit against the FBI in August 2022, demanding the release of information to explain why they failed to arrest him.

While many have mixed reactions to the incident, the legal battle between the estranged couple continues.