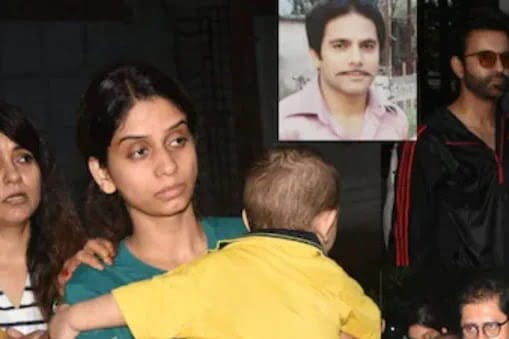 ‘Bhabi ji ghar par hai!’ (Deepesh Bhan)’s ‘Malkhan’ i.e. Dipesh Bhan left people’s eyes wet by suddenly saying goodbye to the world. Not just fans or family members, even his co-stars can’t believe that ‘Malkhan’ is no more with us (Deepesh Bhaan Mrity). His social media posts show how vibrant a person Dipesh was, who found happiness in every moment of life. Deepesh, who brought smiles to people’s faces, is traumatized by the family, who they don’t know how long it will take, leaving his 18-month-old son and wife alone in this world, who are now in this world. Bad conditions.

Dipesh Bhan’s death has left the entire TV industry in shock, including the team of ‘Bhabiji Ghar Par Hai!’ From Soumya Tandon to Shubhangi, Rohitesh Gaur, Asif Sheikh, many actors from the show expressed their condolences. Deepesh Bhan breathed his last while playing cricket. According to a report in the Times of India, Dipesh Bhan’s wife’s health has deteriorated. He has a home loan, which has to be paid off with responsibility for an 18-month-old child.

Soumya Tandon, who played the role of ‘Anita Bhabhi’ in the show, could not believe the news of Deepesh Bhan’s death. Speaking to E-Times, he said, ‘He is badly shaken after this news. He said that he was shocked to see the shattered life of Dipesh’s wife and son. It is very heartbreaking and harsh. I pray to God that God gives him the courage to endure this. Dipesh was a very kind and very nice man he was truly a diamond.

Also read: A nude Ranveer is being praised, 30 years ago the warrant was issued for the topless shoot of the heroine.

The report quoted a source as saying that Deepesh Bhan’s wife is badly broken up. He has a home loan, which needs to be paid off but he is unemployed and not currently working. She was just looking after the house. In addition to the home loan, now the responsibility of the son is also shouldered.