After Salman Khan’s Contract Expires, Would Karan Johar Take Over as Host? These Are the Facts That We Know!!

People know that Salman Khan is the face of Bigg Boss 16. And it looks like Karan Johar will be taking his place now. If what has been said is true, Salman Khan will no longer host the show. 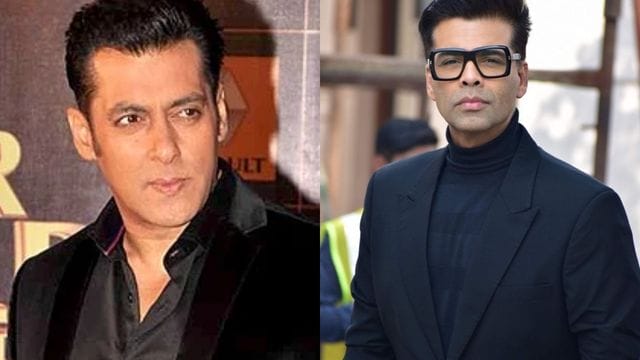 One of the most watched TV shows in the country is Bigg Boss 16. Salman Khan has been the host of the controversial reality TV show for the last 8 seasons. But it looks like the actor from Tiger 3 will no longer host Bigg Boss 16.

During the Weekend Ka Vaar, Salman Khan has dealt with tough situations, talked to the contestants, and taught them about Sam Dam Dand Bhed. And if what The Khabri says is true, Karan Johar will take over from Salman Khan as the show’s host for the next few weeks.

Weekend Ka Vaar on Bigg Boss 16 are fun because Salman Khan hosts them. Even though he might get slammed and called biassed, etc., the superstar has been handling it quite well. According to The Khabri, Karan Johar will now host the Weekend Ka Vaar for Bigg Boss 16.

In the third week of Bigg Boss 16, Karan Johar filled in for Salman when Salman was sick with Dengue. And it looks like he will likely come back as a host after Salman. Karan Johar has also been a host of Bigg Boss OTT. Online rumors say that Salman’s contract has come to an end.

Even though there is no official word on this, The Khabri says there is some good news for the fans. During the Finale, Salman Khan will be back as the show’s host. Well, fans would probably agree that the finale won’t be over until Salman Khan says who won. But there is no proof of the same thing yet. Check out The Khabri’s tweets here:

As Revealed earlier Only #AbduRozik and #SreejitaDe have comeout of the house as of now. #SajidKhan is still There, lets see when he comes out.

Exclusive #BiggBoss16#SalmanKhan will return to host #BiggBoss16 Finale now, till then #KaranJohar will be hosting the show

On the other hand, Sreejita De was kicked out of the house in the most recent episode of Bigg Boss 16. Abdu Rozik will also leave the house in the next episode. When he leaves, everyone will be very sad, especially Shiv Thakare. Everyone in the house and the country loves Abdu Rozik. It looks like Sajid Khan hasn’t left the house yet.