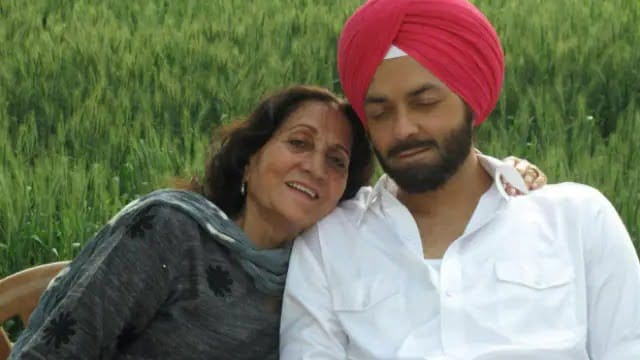 Dharmendra sharing pictures with Hema Malini. But not with the first wife. But Sunny and Bobby sometimes share pictures with their mother. Now Bobby has shared an unseen picture of himself with his mother, which is going viral on social media.

After a long time, the picture of Dharmendra’s first wife Prakash Kaur came out, see

In one picture mother is hugging Bobby, in another picture Prakash is looking at Bobby lovingly. In the picture shared by Bobby, he is wearing a white kurta pajama and a red turban. Also his mother is wearing a gray suit. Sharing the picture, Bobby simply wrote, Love you mom. He also posted a heart emoji along with it.

From fans to celebrities, everyone is showering love on this picture of Bobby. Fans also got a glimpse of Bobby’s mother in this pretext.

About Bobby we tell you that in 1995, he made his debut in Bollywood with the movie Barsaat. He gave many hit films in the beginning of his career. Recently, he celebrated 25 years of his mystery films. In the meantime, the film’s co-star Kajol also joined him. Bobby was seen opposite Sania Malhotra and Vikrant Massey in Last Love Hostel. The film was well received and Bobby’s performance as the villain was highly appreciated.