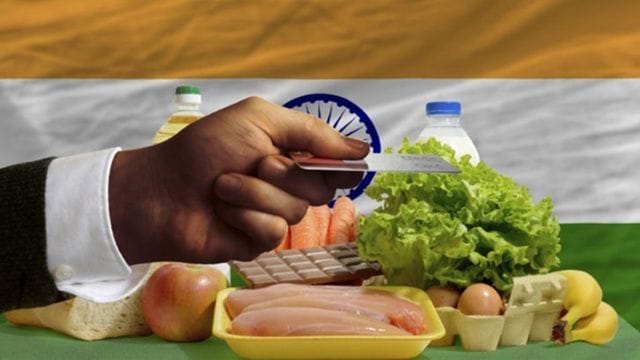 According to official data, India’s wholesale inflation fell to a 19-month low in October, approaching single digits for the first time since March last year, owing to substantial reduction in food, gasoline, and manufactured goods inflation.

Overall inflation has slowed for the fifth consecutive month, which may be reflected in retail inflation data with a lag. In October, wholesale price index-based inflation fell substantially to 8.39% from 10.7% the previous month.

With international commodity and fuel prices substantially lower, economists predict that domestic prices will fall further in the coming months. The low base of last year may possibly have contributed to the reduction of inflation.

The wholesale price index-based inflation rate fell drastically to 8.39% in October from 10.7% the previous month, according to figures provided by the ministry of trade and industry on Monday. After eighteen months of double-digit inflation, wholesale inflation has slowed to single digits. Wholesale inflation reached a five-month high of 7.41% in September, and October data is due today.

“The WPI inflation rate has remained in the single digits, as expected.” It will continue to moderate as a result of the base effect and a softening of global commodity prices, particularly energy and metals… Prices for several food items, particularly vegetables and cereals, tend to rise sharply. Pulses may also rise,” said Madan Sabnavis, chief economist at the Bank of Baroda.

Inflation in food goods for both primary and processed categories fell further in October compared to the previous month. The WPI Food Index, which accounts for approximately 25% of the entire index, saw inflation fall to 6.48% in October from 8.08% in September and 9.93% in August.

Brent crude oil prices have risen above $95 per barrel after falling below $90 per barrel in September when China relaxed Covid-19 limits.

Food inflation fell to 8.33% in October from 11.03% in September and 12.37% in August under this heading. Economists anticipate that the RBI-led monetary policy committee would raise policy rates further at the December policy review.

While vegetable inflation remained stubborn, it fell substantially in October to 17.61%, down from 39.66% in September. In the case of fruits, inflation fell drastically to 0.23% from 4.5% the previous month.

WPI inflation in manufactured goods fell to 4.42% in October, down from 6.3% in September.

The Union government reduced central excise duty on fuel by $8 per liter and diesel by $6 per liter in May, costing the exchequer about $1 trillion in revenue. The government also placed export duties on gasoline, diesel, and jet fuel, as well as windfall taxes on oil output, in order to boost domestic supplies, reduce the demand for imports, and lower the import cost.

According to Finance Minister Nirmala Sitharaman, India Will Become the World’s…