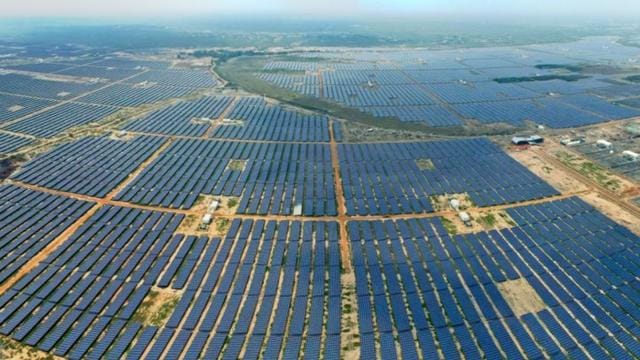 The company’s total income increased to Rs 1,686 crore in the reporting quarter, up from Rs 1,411 crore in the same period last year.

“With our commitment to delivering the cheapest green electron, we have continued to implement the latest and most creative technologies to maximize electricity output at a lower cost,” stated Vneet S Jaain, MD & CEO of Adani Green Energy.

“The worldwide well-recognized ESG (Environmental, Social, and Governance) ratings, which rank us ahead of some of the world’s major utilities and RE (Renewable Energy) companies, are yet another confirmation of AGEL’s dedication to a sustainable future and the highest governance standards,” he added.

It stated that the solar CUF (Capacity Utilisation Factor) and energy sales have increased with the incorporation of a high-quality SB Energy portfolio with a CUF of 26.3 percent in H1 FY23 (April-September 2022).

The decrease in overall wind portfolio CUF and energy sales is mostly due to a one-time transmission line disruption (force majeure) for a 150 MW project in Gujarat. According to the company, the impact of this occurrence in Q2 FY23 is projected to be 0.4% of the expected yearly generation of overall operational capacity.

Excluding the aforementioned 150 MW facility, the wind portfolio CUF stands at a healthy 41.0 percent in H1 FY23, according to the company. It stated that the newly commissioned 990 MW solar-wind hybrid plants use bifacial PV modules and horizontal single-axis tracking (HSAT) technology to capture maximum energy from the sun, as well as technologically superior Wind Turbine Generators, resulting in a high hybrid CUF.

According to the company, the newly commissioned plants are managed by Adani Group’s intelligent ‘Energy Network Operation Center’ (ENOC) platform, which has proven technological capability and has assisted AGEL in achieving superior operational performance for its entire renewable portfolio across diverse locations in India.

Phuntsok Wangyal has been appointed as the company’s Chief Financial Officer and Key Managerial Personnel, effective November 11, 2022, on the suggestion of the Nomination 8- Remuneration Committee and Audit Committee.

Sunil Mehta has been appointed by the board of directors as an additional director (non-executive, independent).

The board announced that Sandeep Singhi has resigned as an independent director with effect from November 10, 2022, citing a shift in his responsibilities.

It also stated that, as part of Adani Group’s talent growth and development framework, Kaushal Shah, the company’s CFO and KMP, will be taking on additional duties within the Group. As a result, he has resigned from his statutory position as Chief Financial Officer of the firm, effective November 10, 2022, according to the corporation.