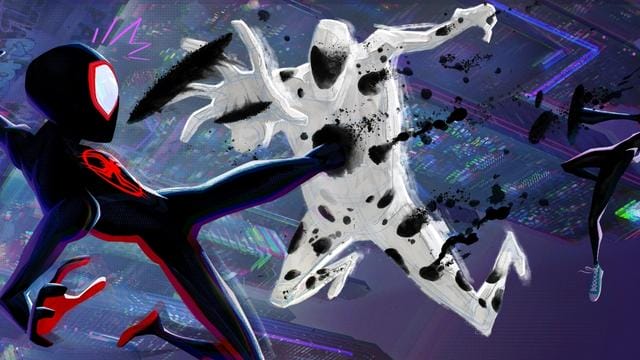 Spider-Man: Into the Spider-Verse became an instant fan favorite, winning an Academy Award for Best Animated Feature in 2019. Sony Pictures Animation rushed two sequels into production, a pair of films that will introduce more Spidey-family characters into the animated canon.

In fact, according to a new online report, at least two very familiar faces will be added to the film’s direct sequel, Spider-Man: Across the Spider-Verse.

According to The Cosmic Circus, Tom Holland’s version of the web-slinger will appear in the film in some shape, form, or fashion. While it is unknown whether Holland will voice the character himself, it has been reported that the character will be the same as seen in Marvel Studios’ trilogy of films. According to the same report, Spider-Man from the critically acclaimed PlayStation series will also appear.

Will Tom Holland Return in the Sequel to Into the Spider-Verse?

Sony has yet to confirm Holland’s possible appearance. The actor has expressed interest in joining the Spider-Man franchise, even revealing on the press tour for Spider-Man: No Way Home that longtime Spidey producer Amy Pascal approached him about joining the cast of one of the sequels.

“Producer Amy Pascal actually asked me on the set of Spider-Man: No Way Home and no one has responded,” Holland previously told SYFY WIRE. “I want to be a part of them. Yes, I enjoy those films.”

Who Appears in Spider-Man: Across the Spider-Verse?

In addition to Shameik Moore’s Miles Morales, Hailee Steinfeld and Jake Johnson will reprise their roles as Gwen Stacy and Peter B. Parker, respectively, in Across the Spider-Verse. The Jessica Drew version of Spider-Woman will also be voiced by Issa Rae, while Jason Schwartzman will play the film’s main antagonist, Spot. Vulture (Jorma Taccone) and Takuya Yamashiro have also been cast in the film.

Spider-Man: Across the Spider-Verse is scheduled to be released in theatres on June 2, 2023. What other Spider-Man characters would you like to see?