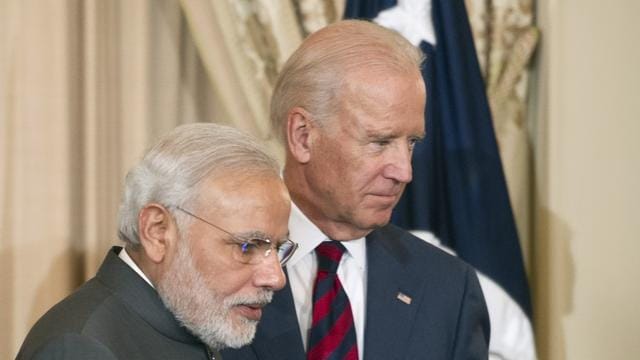 President Joe Biden, according to US National Security Advisor Jake Sullivan, is looking forward to meeting Prime Minister Narendra Modi at the G20 this year.

US President Joe Biden and Indian Prime Minister Narendra Modi have a fruitful and extremely practical relationship, according to the US national security advisor ahead of the two leaders bilateral meeting on the sidelines of the G-20 conference in Bali, Indonesia.

“I would point out that Prime Minister Modi has already been to the White House since President Biden took office, and the two of them have had the opportunity to meet in person multiple times, as well as a talk by phone and on video multiple times,” US National Security Advisor Jake Sullivan told reporters on Thursday at the White House.

He stated that the two leaders share the same interests on a number of crucial topics and have worked hard to deepen the US-India relationship.

“When all of that is considered, it is a fruitful, highly practical partnership,” Sullivan remarked.

“As we look ahead to the coming year, President Biden is looking forward to seeing Prime Minister Modi at the G20 this year,” he said.

Next year, India will hold the G20 presidency, and a US presidential visit to the country is possible.

“President Biden will undoubtedly participate in that G20.” “I don’t have anything to announce about previous visits to India or the White House,” Sullivan added.

PM Modi will travel to Indonesia from November 14 to 16 to attend the G20 Summit: MEA

The Ministry of External Affairs announced on Thursday that Prime Minister Narendra Modi will visit the Indonesian city of Bali from November 14 to 16 to attend the G20 conference.

On December 1, India will take over the presidency of the influential alliance from the current chair, Indonesia.

The G20, sometimes known as the Group of 20, is an intergovernmental forum comprised of the world’s main industrialized and developing economies.

The G20 summit will be held on November 15 and 16 in Bali, and Modi is expected to be among the top leaders present. The G20 is the largest platform for worldwide economic cooperation, comprising around 85% of the global GDP, more than 75% of global commerce, and almost two-thirds of the global population.

India, Indonesia, and Italy are currently members of the G20 Troika (current, prior, and incoming G20 Presidency).