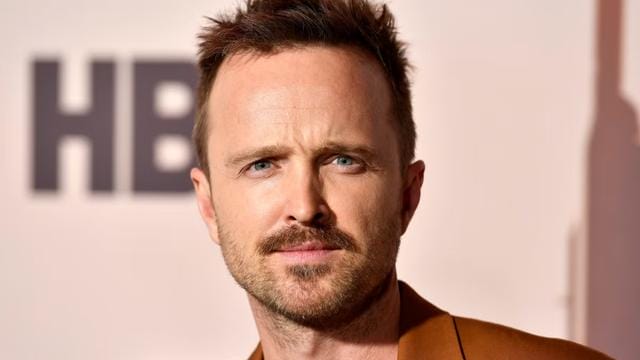 Prior to a few days ago, his real name was Aaron Sturtevant, though everyone knows him by his stage name, Aaron Paul. Aaron Paul, the bad boy apprentice on Breaking Bad, has legally changed his name to his stage name, which he has used for years.

Paul was born in Idaho in 1979 to Robert and Darla Sturdevant. He is best known for his role as Jesse Pinkman in the AMC hit series Breaking Bad.

Since he began his acting career, he has used the stage name Aaron Paul, which will now be his legal name as well. Lauren Parsekian, the wife of Aaron Paul, and their two children will now all use the surname Paul.

Their daughter Story Annabelle was born in 2018, followed by their son in April 2022. According to TMZ, this petition also changes their infant son’s first and middle name from Casper Emerson Paul to Ryden Caspian Paul. The two children have always had the surname Paul. According to Paul’s legal documents, he and Lauren Parsekian, 35, are requesting the changes for the sake of consistency.

“My infant son. Ryden Caspian Paul. So happy you are out in the world, you handsome young man. I pledge to make you proud, young man. We have been awaiting the arrival of this baby boy for the past month and now feel it is time to announce his birth. We love you without end “Earlier this year, the actor wrote on his Instagram account.

His character was originally intended to die during the first season, but his undeniable chemistry with Cranston convinced series creator Vince Gilligan to change his mind and make Jesse the main character. This series alone garnered him 22 nominations and 10 victories.

Aaron has since portrayed other critically acclaimed characters, including Warren Cave on the Apple TV crime drama series Truth Be Told, opposite Octavia Spencer and Lizzy Caplan. In 2019, he reprised his role as Jesse Pinkman in the Breaking Bad sequel El Camino: A Breaking Bad Movie.

Earlier this year, Paul reprised his role as Jesse in the final season of Better Call Saul, marking his final appearance in the role.

After the Plane Incident With Brad Pitt, Did Angelina Jolie File for Divorce Immediately?