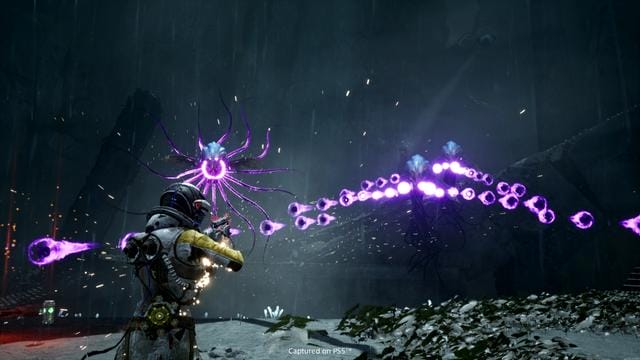 A new Steam update has more or less confirmed the release of a long-rumored, long-awaited game on the PC digital storefront. Historically, there were few ports for Steam. If a game was going to be released on PC, it would usually be released on PC the same day, not weeks, months, or years later.

This is no longer the case, as more console-exclusive games, particularly PlayStation-exclusive games, are getting PC ports. Steam, like every other platform, is beginning to see post-release ports.

The next notable port to arrive on Steam appears to be coming via PlayStation. More specifically, it appears that PlayStation is finally bringing Returnal to Steam after months of rumors, reports, and leaks pointing to a PC port of the PlayStation 5 exclusive.

The rumors began earlier this year when a game titled “Oregon” appeared in the Steam database. Many people suspected this game was a codename for Returnal for a variety of reasons. Fast forward to the present day, and a Steam database update has changed Oregon to Returnal.

In other words, there is no longer any room for doubt; Returnal is coming to Steam; the only question is when. An update like this suggests it will be available soon, but for the time being, this is just speculation.

Returnal, developed by Housemarque and published by Sony, was released on April 30, 2021, and received an 86 on Metacritic. It’s unclear how well the game sold because we haven’t had new numbers in over a year, but it’s clear it didn’t set the world on fire despite receiving positive reviews and winning a variety of awards by the end of 2021.

“Selene finds herself fighting for her life after crash-landing on a shape-shifting alien planet. She is defeated over and over, having to restart her journey every time she dies “reads an official game description.

“The planet and your equipment change with each cycle in this roguelike shooter, forcing you to adapt your play style and take on evolving challenges. You can explore the shifting labyrinth of Atropos on your own or with another player in online Co-op Mode.

When you’re ready, challenge yourself to the Tower of Sisyphus, an ascending gauntlet of increasingly dangerous phases designed to put your combat skills to the test.”

At the time of publication, none of the parties involved had made any comments. If this changes, we will make sure to update the story. Meanwhile, while this update/leak is fairly definitive, keep in mind that it is not official and should thus be taken with a grain of salt.