BBC documentary on Prime Minister Narendra Modi that has sparked controversy since its release. 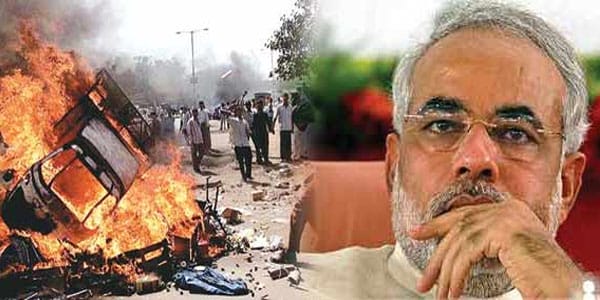 Washington: In response to a media question about a BBC documentary on Prime Minister Narendra Modi that has sparked controversy since its release, US State Department spokesperson Ned Price said: “I’m not familiar with the documentary you’re referring to, but I am very familiar with the shared values that enact the United States and India as two thriving and vibrant democracies.”
Price stated that there are several factors, including political, economic, and unusually close people-to-people ties, that support the US’ global strategic partnership with India on Monday (local time).

He highlighted the strong diplomatic relations between the US and India by describing India’s democracy as “a dynamic one” and adding that “we look to everything that binds us together, and we look to reaffirm all of those factors that tie us together.”

He also emphasized the unusual depth of the relationship between the US and India as well as the fact that both countries share the principles of American and Indian democracy.

“Although I am not familiar with the documentary you mention, I will state generally that a number of factors support the international strategic alliance we have with our Indian allies.

The United States and India have close political relations, strong economic links, and extraordinarily strong people-to-people ties. However, one of those additional components are the principles we share with Indian democracy and American democracy “Added he.

Last week, UK Prime Minister Rishi Sunak supported Prime Minister Narendra Modi and declared his disagreement with the way his Indian counterpart was portrayed in the BBC documentary series. These comments were made by Mr. Sunak regarding the contentious film that Imran Hussain, a British MP of Pakistani descent, brought up in the British Parliament.

In response to Hussain’s inquiry regarding the BBC report, Mr. Sunak stated, “The UK government’s position on this has been clear and longstanding and hasn’t changed, of course, we don’t tolerate persecution wherever it appears. However, I am not sure I agree at all with the characterization that the honorable gentleman has put forward to.”

During the Gujarat riots of 2002, the national broadcaster of the UK, BBC, aired a two-part series criticizing PM Narendra Modi’s term as Chief Minister of Gujarat. Following the backlash, some platforms pulled the documentary.

In response to the BBC piece, the Ministry of External Affairs stated that it was completely prejudiced. Speaking at a weekly press conference in New Delhi, an MEA spokeswoman.

We believe that this is propaganda, Arindam Bagchi stated. This is not impartial. That’s prejudiced. Be aware that India has not yet seen a screening of this. In order to prevent this from losing much of its dignity, we don’t wish to respond more. He also questioned “the exercise’s aim and the motivation behind it.”

“The documentary is a reflection of the organization and people that are once again pushing this narrative. Since we don’t want to give these attempts any respect, it makes us wonder what the exercise’s goals and hidden intentions are.

Mr. Bagchi stated, “He (former UK Secretary Jack Straw) seems to be alluding to some internal UK report,” in reference to alleged comments made by Straw in the documentary series. How do I get entry to that? It’s a report from 20 years ago. Why would we act immediately? How do they give it so much credibility just because Jack Straw says it?

“I heard phrases like investigation and inquiry. We employ the colonial worldview for a reason. We don’t mince words around here. What investigation were they conducting there as diplomats? Are they in charge of the nation? M. Bagchi enquired.

The representative for the US Department added that the US has consistently advocated for regional stability in South Asia and that its relations with Pakistan and India stand on their own. He added that it is obviously a matter for India and Pakistan to decide on the scope and pace of their talks.

We have long advocated for South Asia’s regional stability. We do not view our relationships with Pakistan and India as a zero-sum game. However, the timing, extent, and nature of any conversation between India and Pakistan are up to the two nations, Price said at the briefing.