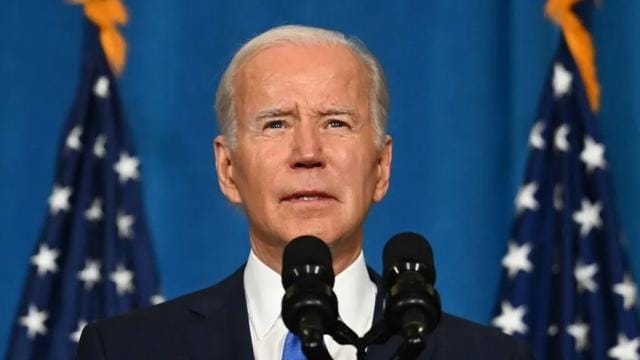 On Wednesday, a progressive group opposed to President Biden running for reelection in 2024 launched a “Don’t Run Joe” campaign aimed at Democrats in New Hampshire.

RootsAction, a grassroots organization that supported Sen. Bernie Sanders’s (I-VT) presidential campaigns in 2016 and 2020, launched an anti-Biden digital ad campaign one day after the midterm elections in the hopes of rallying people against a second Biden term.

“It is clear that Joe Biden should not be the party’s presidential nominee in 2024,” the campaign said in a press release Wednesday.

RootsAction describes the campaign as a “nationwide organizing drive” that will first target Democrats in New Hampshire, the site of the first presidential primaries, before expanding to a broader audience.

Inflationary pressures have sapped Biden’s popularity in his second year in office. According to a Reuters-Ipsos poll released on Monday, Biden has a 39% approval rating.

Despite Democrats’ better-than-expected performance on Election Day on Tuesday, exit polls revealed that most voters were uninterested in a second Biden term.

According to an NBC News exit poll, two-thirds of voters do not want Biden on the ballot in 2024. During a press conference on Wednesday, President Trump stated that he plans to announce his reelection bid for 2024 early next year.

“Bold and inspiring leadership from the Oval Office will be essential,” the Don’t Run Joe website says of the importance of 2024 on its homepage.

“Unfortunately, President Biden has not been courageous or inspiring.” And his chances of being re-elected appear bleak. “With so much at stake, electing him as the Democratic Party’s standard-bearer in 2024 would be a tragic mistake,” the campaign continues.

RootsAction is looking for a Democratic Party nominee in 2024 who will champion a “truly progressive agenda.”