A Popular Linkedin Post Shows How the Companies of the Shark Tank India Judges Are Actually Losing a Lot of Money!!

Ankit Uttam, a writer, went over all the reasons why Shark Tank India "never worked for him." He talked about how the companies run by the judges on the reality show are actually losing money, so they can't give the contestants good business advice. 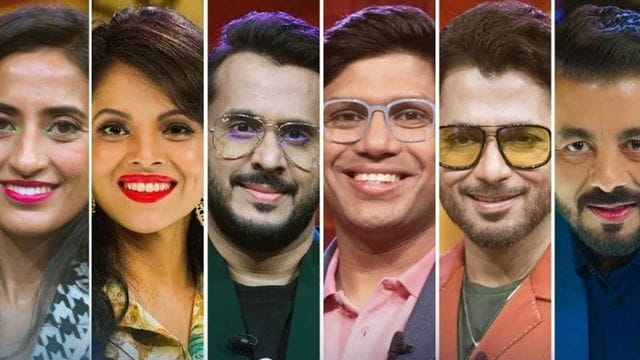 Ankit Uttam wrote a long post about why Shark Tank India “never worked for him” on LinkedIn last week. The author and marketer compared the Indian version to the US version and talked about how the businesses that the judges on Shark Tank India are running are actually losing money. He went on to say that the sharks don’t have enough credibility to give business advice to the show’s contestants.

Ankit wrote on LinkedIn about why he wanted to find out how much money the Indian sharks had “Unlike the US version, I’ve never liked Shark Tank India from the first season on. In the US version of the show, all of the judges (Barbara Corcoran, Mark Cuban, Lori Greiner, Robert Herjavec, Daymond John, and Kevin O’Leary) run businesses that make money instead of relying on money from venture capitalists or going bankrupt.”

He looked at how much each judge from Season 1 had made in the last two years. He put down, “In FY22, Vineeta Singh’s SUGAR Cosmetics lost INR 75 Cr, which was more than the INR 21.1 Cr loss in FY21. Mamaearth, which was started by Ghazal Alagh, made a profit of INR 14.44 Cr in FY22 for the first time since it started. In FY21 and FY20, the company lost INR 1,332 Cr and INR 428 Cr, respectively. Also, the company said that for the first half of FY23, it made a net profit of about 4 crore.

So, the business has only recently started to make money. A recent news article from Mint also says that they are planning an IPO with a valuation of INR 24000 Cr. 24000 Crore when the profits are only 14 crore!!!!!! (emoji of a shocked face) “

Ankit said this about the first season judge Ashneer Grover: “BharatPe’s total loss in FY 2022 was 5,594 crores. In FY 2021, the total loss for the company was 2,961 crore. Ashneer Grover was fired from the company in 2022, so these losses are also his fault because he was in charge in FY22.

Anupam Mittal owns companies such as Shaadi.com, Makaan.com, and Mauj Mobile. Except for Shaadi, it seems like his other brands are either dead or not making enough money, since there is little or no news about them in the media. Even Shaadi’s finances are not known to the public, except for a recent article about its possible IPO, which may or may not happen since a similar attempt was made in 2009.

He also said that the only reason Namita Thapar worked for her company was that her father was the CEO. He said, “In FY22, Peyush Bansal’s Lenskart lost a total of INR 102.3 Cr. Enough already! Namita Thapar did NOT start her company, Emcure Pharma, on her own.

Her father started it and is still the CEO of it. So, to some, her resume might look like that of Bollywood actress Ananya Pandey. (Did anyone say “nepotism! rolling eyes emoji). During the financial year 2021-22, Amit Jain’s CarDekho lost 246.5 crores.

The author came to the conclusion that Aman Gupta’s BoAt was the only company that made money. He said, “The Indian version of Shark Tank seems to be Ekta Kapoor’s take on the more interesting American version of the show.”

The Delhi High Court Has Issued a New Order Concerning Pathaan, and the Film Starring Shah Rukh Khan Will Premiere on Prime Video in April!

Northwest India is Likely to Get Warmer After January 19!!