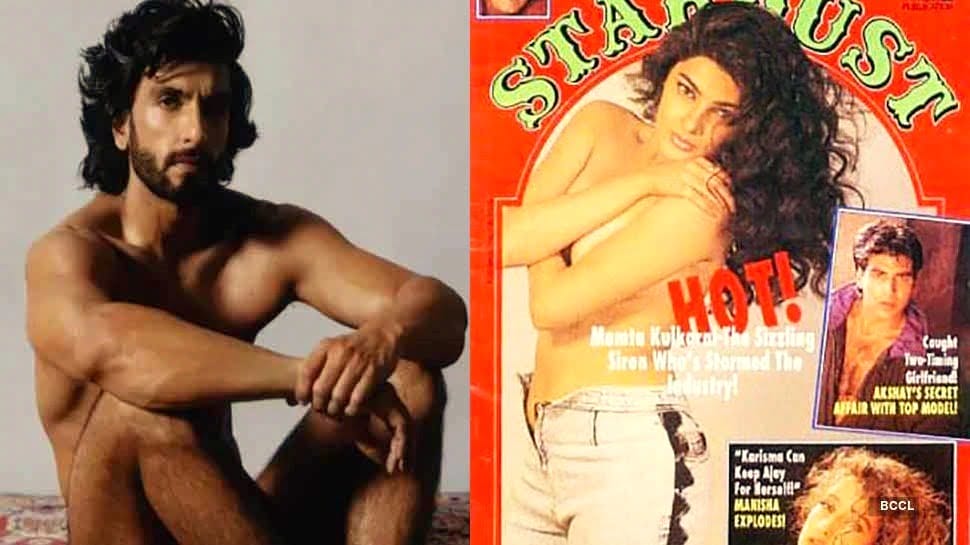 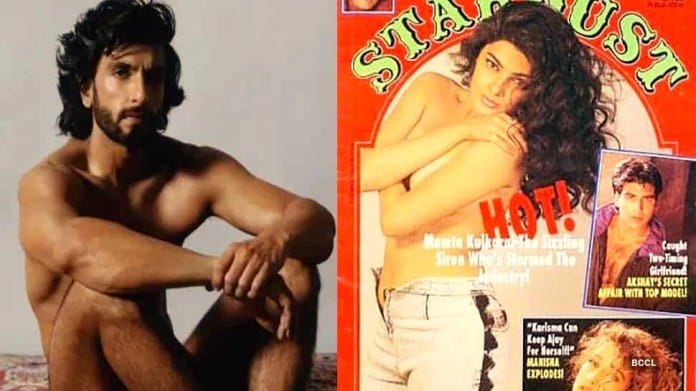 There is no controversy over Ranveer Singh’s nude pictures in the media. It is getting a lot of appreciation in the industry. Even on social media, people are creating memes by chatting. It is clear that times have changed today and an actor does not mind going nude. But the era was completely different 30 years ago, when actress Mamata Kulkarni’s topless photo shoot created a stir across the country. Political parties are on the streets. A case has been filed against Mamata. In a long battle, the court found Mamata guilty and fined her.

A nude Ranveer is being praised, 30 years ago the warrant was issued for the topless shoot of the heroine.

Hailing from a Marathi middle-class family in Mumbai, Mamata started her career in 1992 with the film Tiranga and in her early years acted in films with actors like Akshay Kumar, Saif Ali Khan and Sunil Shetty. Apart from this, he has also worked with stars like Aamir Khan, Salman and Govinda. However, Mamata did not gain popularity as expected. Photographer Jayesh Seth was then planning to do something sensational for a film magazine.

But Mamata Kulkarni accepted the offer even though some big actresses rejected his proposal. Initially though, Mamata was shocked to be photographed wearing a top for a magazine cover. Hollywood heroines used to take such pictures in those days and Mamata agreed on the condition that only those pictures would be published in the magazine, to which she said yes.

The cover of the magazine created a sensation

In September 1993, the issue of the magazine sold out as soon as it hit the market at Rs 20. The audience was stunned. No film magazine has ever published a picture of the leading lady before. Where the heroine covers her bare body with her hands and the zip of her jeans is half open.

There was an uproar in the film industry, many social and political organizations stood against Mamata Kulkarni. Mamata also feels that she has made a big mistake. Protests broke out in front of his house and an arrest warrant was issued after a case was registered against him. The relief is that the court granted immediate bail in this case. But the case started.

Although many seniors in the industry bashed Mamata, surprisingly, Mamata’s fan base from outside has grown tremendously. All of a sudden, Mamta’s pictures are crowded. She came out of the native Marathi girl image and is recognized as a sex symbol in the country. This encouraged Mamata and started appearing in films in a new sexy avatar.

Also read: A new fight has started between Deepika and Katrina, the competition is on for this superhit hero

court in burqa, got punishment

Meanwhile, the case against him continued in court on charges of spreading obscenity and social unrest and in 2000 he was found guilty and fined 15,000 taka. During the trial, Mamata ran into controversy when she came to court wearing a burqa. Islamic organizations strongly opposed it. Well, soon Mamata’s film career came to an end.

She comes into contact with an underworld don and the two marry. Meanwhile, despite the news of Mamata being arrested abroad, she remained silent. In fact, a few years ago, once clarifying, he told the media via video conference that he had no connection with the criminal world. He is living a spiritual life. A few years ago Jayesh Sheth was in news that he was planning to make a film on Mamata Kulkarni’s life, but later there was no update on the matter. Mamata Kulkarni also turned 50 this year on July 21st.